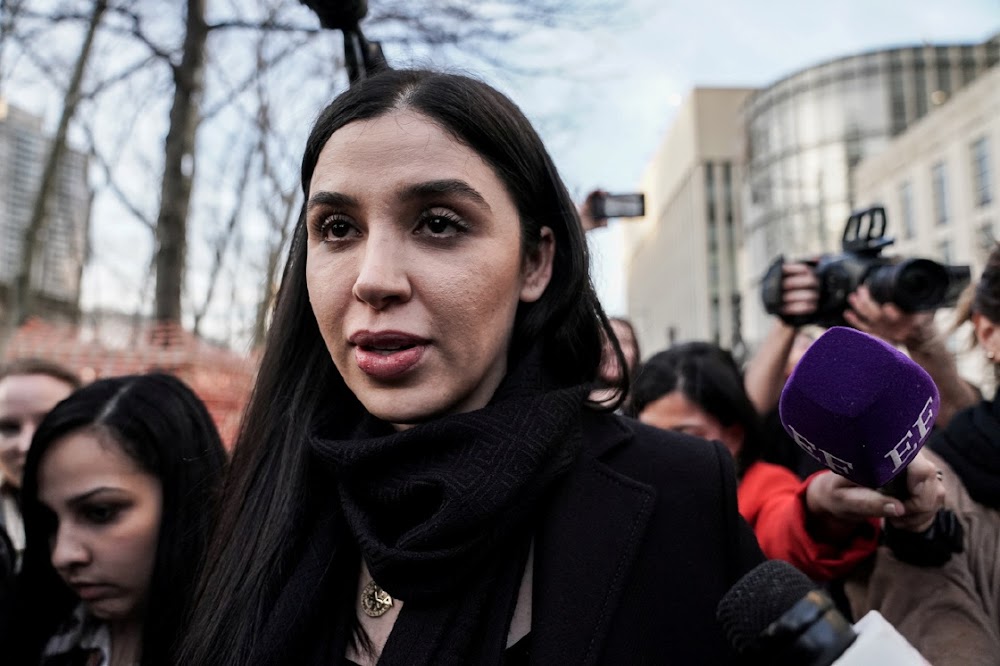 The wife of Mexican drug lord Joaquin “El Chapo” Guzman, Emma Coronel Aispuro, on Thursday pleaded guilty in a US federal court to helping her husband run the Sinaloa cartel, charges that could lead to more than a decade in prison.

Clad in a green jumpsuit and wearing a white face mask, Coronel appeared before US District Judge Rudolph Contreras in Washington, D.C., and pleaded guilty to three counts of conspiring to distribute illegal drugs, conspiring to launder money and engaging in financial dealings with the Sinaloa drug cartel.

As part of her plea agreement, she also admitted to conspiring to helping her husband escape in 2015 from Altiplano, a Mexican maximum security prison.

Without showing any obvious emotion and her face covered by a mask, Coronel said she understood the charges and the repercussions of her guilty plea.

“Everything is clear,” she told the judge.

Coronel could face up to life in prison for the drug distribution charge alone. The other two counts against her carry maximum prison terms of 20 years and 10 years, respectively.

However, under US sentencing guidelines, she could be looking at a range of nine years to a little more than 11 years in prison, assuming she accepts responsibility for her actions, according to her plea agreement.

The 31-year-old former beauty queen was arrested in February on allegations that she relayed messages to help Guzman traffic drugs from 2012 to early 2014, and continued delivering messages while visiting him in a Mexican prison after his February 2014 arrest.

Coronel was born in California and holds both US and Mexican citizenship.

Guzman, 64, was convicted in February 2019 in a high-profile Brooklyn trial of masterminding a multibillion-dollar drug enterprise for the Sinaloa cartel.

He was sentenced to life in prison plus 30 years, and locked up in the federal Supermax prison in Florence, Colorado.

As part of her plea agreement, Coronel acknowledged that she acted as an intermediary with the cartel while Guzman was inside Mexico's Altiplano prison, delivering messages back and forth.

In this role, he told her he wanted to escape through an underground tunnel, and asked her to help arrange these plans with his sons and other cartel members.

She later met with someone known as “Cleto,” who delivered to her more than $1 million in cash, some of which she used to pay off prison officials.

Coronel also met with second person named Lazaro, and she paid him to buy land close to the prison to where a tunnel could be built.

She kept her husband abreast of all developments as the tunnel was built, and gave her husband a GPS-enabled watch, which he then used to help guide the people building the tunnel from his cell.

As a condition of her plea on Thursday, Coronel's assets will be subject to forfeiture, and she will be required to submit to any law enforcement interview “regarding all assets within her possession,” the agreement says, adding she must “fully co-operate in providing any and all financial information and documentation.”

The judge set a tentative sentencing date of September 15.