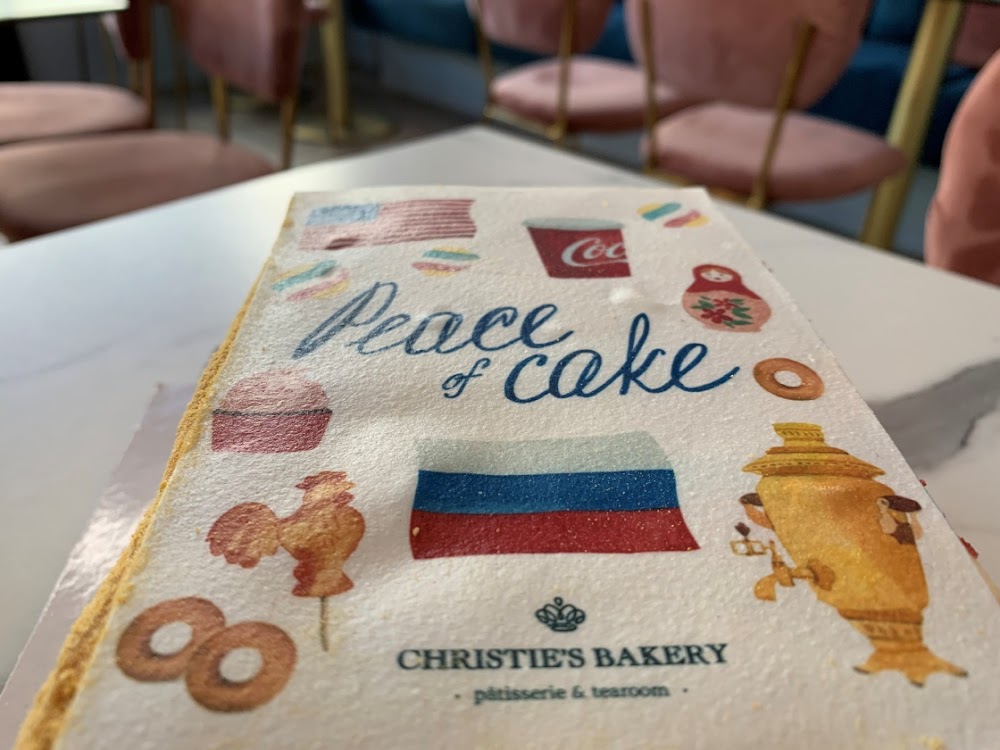 A Swiss baker has invented a so-called “Peace Cake” to mark the Biden-Putin presidential summit, inspired by US and Russian culinary traditions.

Scrawled on top in navy blue frosting are the words “Peace of Cake” next to flags and symbols from the two countries: a doll and samovar for Russia and a Coca-Cola and marshmallows for the US.

Inside, the cake is half honey-flavoured, according to the Russian tradition, and half red-velvet, which is popular in the US.

“You can understand it as a 'piece of cake' or 'peace cake'," said Olga Johnson, owner of the Christie's Bakery in Geneva, where the summit was taking place.

“The plan wasn't to sell the cake, the plan was just to have like a souvenir, but it has had amazing feedback and a lot of people are ordering and asking,” she said, saying it had sold out on Tuesday, prompting her to make more.

Johnson, who has Russian parents and is married to an American, said she hoped the cake would make people smile and feel relaxed.

“We all hope that it will be a peaceful summit and the result would be very good and positive, so we hope for this and I think Geneva wants this and all the world wants this.”

US Justice Department to launch new crackdown on firearms trafficking