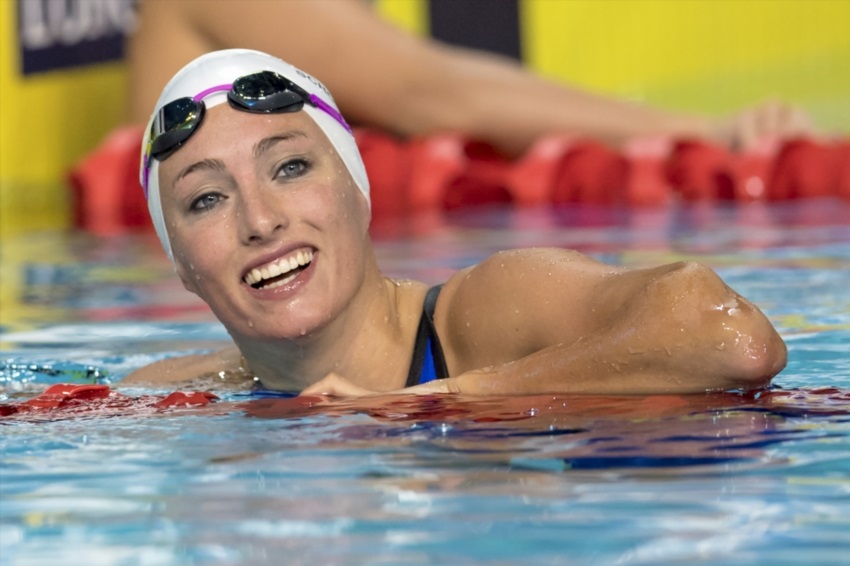 Tatjana Schoenmaker is SA’s only world No 1 contender heading into the Tokyo Olympics‚ but the breaststroke queen talks like she’s getting ready for a casual outing.

No other South African is so well poised to win two medals at this showpiece‚ which has been delayed by a year because of the Covid-19 pandemic.

But Schoenmaker is playing it down. Picnic in Tokyo‚ anyone? Please‚ pass the mustard and tomato sauce‚ and if it’s not too much trouble‚ that gold medal over there looks good.

Schoenmaker insists her chief goal for the Games is to head there with a smile on her face‚ whether she makes the podium or not‚ but every now and then she’ll offer a glimpse of the fire that those who know her say burns inside.

Countryman Chad le Clos has said he’s tipping her for gold in both the 200m breaststroke‚ her premier event‚ and the 100m event‚ where she is seeded fourth.

Schoenmaker took the breaststroke double at the 2018 Commonwealth Games in Gold Coast‚ and again at the World Student Games in 2019. A few weeks later she became the first-ever SA woman to bag a world championship medal when she finished second in the 200m breaststroke.

Schoenmaker‚ who missed qualifying for Rio 2016 by one-hundredth of a second‚ has collected silverware from every major international gala except the Olympics.

Getting a medal in Tokyo is a sideshow‚ she’ll have you believe.

She warns against placing undue significance on the 2min 20.17sec African record she clocked at the SA trials in Gqeberha in April‚ the fastest time in the world so far this year. It’s nearly three-quarters-of-a-second quicker than her nearest rival in the longer event‚ Britain’s Molly Renshaw.

Her ranking guarantees nothing‚ she said. “I really had a good race in trials and I was very happy‚ so for me to just try to swim that time again would be amazing.

“I think anyone has a chance‚ you mustn’t leave out the person who’s eighth because she also has a chance of medalling. It depends on how you feel that day.

“I don’t put too much pressure on myself because the ultimate goal is not to always win a medal but to just give my best and walk out of here smiling.”

In some ways Schoenmaker is a throwback to Penny Heyns‚ the last SA woman to win an Olympic swimming medal‚ the 100m breaststroke bronze at Sydney 2000. Heyns is the only woman in the world to have won the Olympic breaststroke double‚ a feat she achieved at Atlanta 1996.

Heyns refused to predict world records‚ even when she was pumping them out like cans of baked beans on a factory conveyor belt in 1999.

Like Heyns‚ Schoenmaker prefers to treat her rivals with respect and to use her Christian faith to explain her success.

Only once in our interview this week did Schoenmaker show something of her competitive nature.

That was when she was asked about the 100m breaststroke‚ where her 1:05.74 continental mark is just more than a second slower than the 1:04.72 world lead by American Lilly King.

“I wouldn’t say they must cut me out [as a medal contender]‚” said Schoenmaker. “I’m going to try my best to do my best‚ but obviously the 100m is clearly not my strongest one.

“But I’ve always wanted to do well in both, so I’m still going to try my best and try to get my time down‚ try to get as close as possible to them as I can.”

Schoenmaker is sixth in the world in the 100m‚ but entry lists show that two higher-ranked women are missing from the field in Tokyo; that means she is seeded fourth in that event and is five-hundredths of a second behind third-placed Sophie Hansson of Sweden.

No 1 in the 200m and No 4 in the 100m‚ but Schoenmaker won’t talk about medals. “If I could swim the same times [as my bests]‚ even if I swim plus 10 seconds‚ it doesn’t matter. I know I give everything in the pool‚ so if it wasn’t my day that day or it wasn’t meant to be‚ then I know I gave everything.

“I let go and I let God do everything.”

With this being her first Olympic experience‚ Schoenmaker has nothing to compare to these Covid Games‚ but she’s feeling the impact of the coronavirus in other ways‚ like when arriving at the pool on Wednesday morning.

“Seeing the stands and where the spectators would enter and just thinking it would have been so amazing if my parents were here to share this moment with them.

“But obviously we’re all going through the same thing … they have all the family and friends with them celebrating and going to cheer us on.”

Celebrating Schoenmaker’s two medals perhaps? Not that she would say.