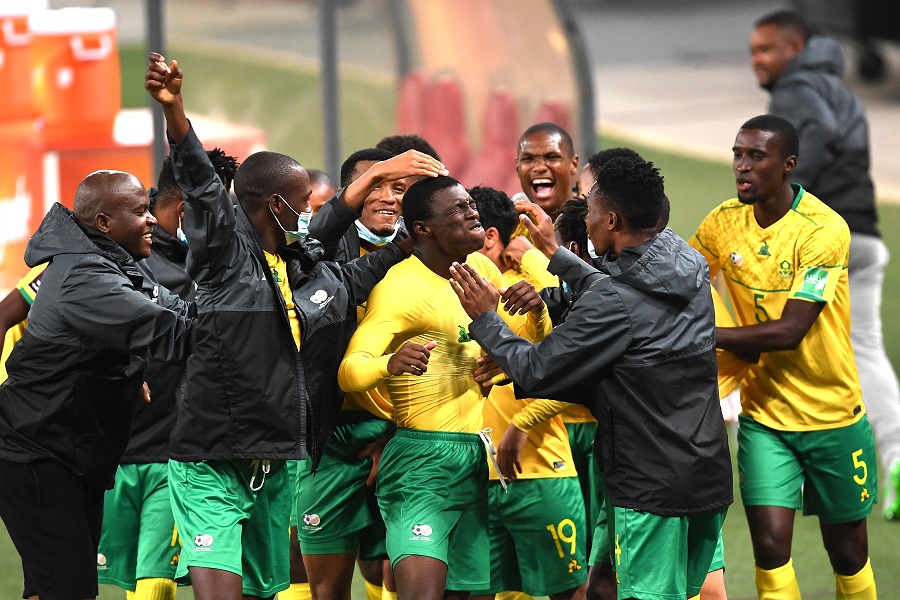 Football fans are on cloud nine after Bafana Bafana sealed victory over Ghana on Monday in their 2022 World Cup qualifier, with many hailing it as the start of a new era for the national team.

Bongokuhle Hlongwane struck with less than 10 minutes on the clock, finally putting to  bed a match which Bafana should have won more comfortably.

Percy Tau found the back of the net earlier in the match but was wrongly ruled offside.

While Ghana were in the match for long stretches, SA looked the more lively at times and squandered several opportunities.

The result saw Bafana draw level with Ghana in Group G with four points. The World Cup qualifiers resume in October when Bafana will play home and away back-to-back qualifiers against Ethiopia.

Bafana coach Hugo Broos' was relieved at the final whistle, and so were many fans on social media.

With the win in the bag, the timelines were filled with praise for the team and predictions of more success.

Bafana Bafana must qualify, we’re tired of supporting other nations in the World Cup

Bafana Bafana has played with our hearts for a long time but this team is giving us hope #RSAGHA pic.twitter.com/BV85Dd5Rv9

They must give us Germany we are ready pic.twitter.com/Mks4WLMM9e

Bafana Bafana is going to win the world cup! pic.twitter.com/8zfhxWscEN

This game would’ve killed us dead, our hearts were on our sleeves, well done Bafana Bafana, we were about to lose it with the Percy Tau goal disallowed. pic.twitter.com/mFQpmYuB1M