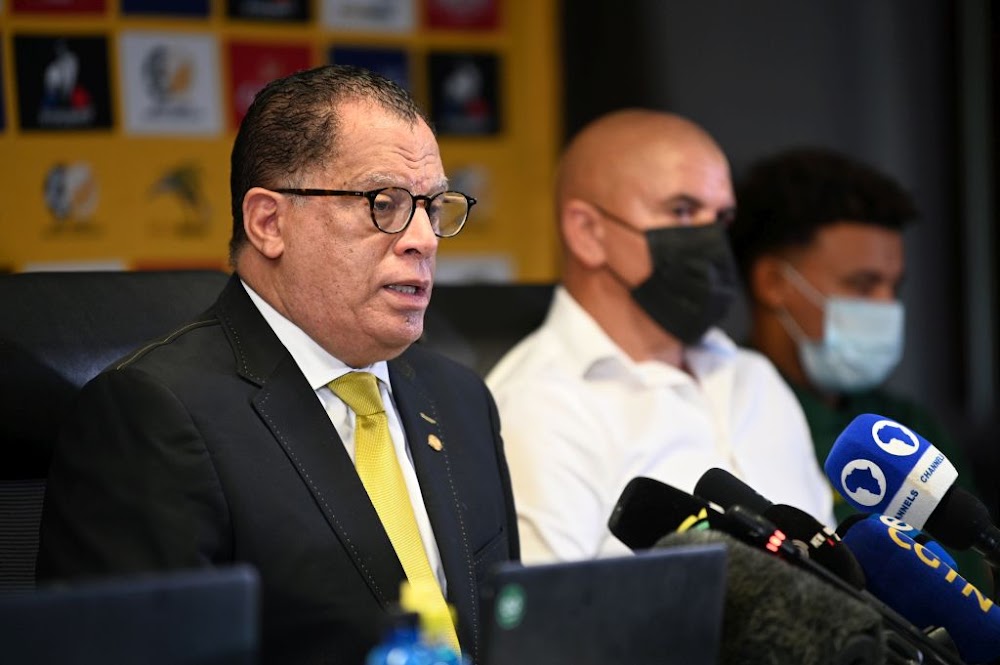 Senegalese Maguette Ndiaye is one of the candidate referees for the 2022 World Cup but if the SA Football Association (Safa) have their way, the controversial match official will not go anywhere near the stadiums in Qatar next year unless he attends the global showpiece as an ordinary fan or as someone's guest.

Ndiaye is at the centre of an international storm that has been raging since his questionable handling of Bafana Bafana's away World Cup qualifier against Ghana came under scrutiny a few days ago. His place on the referee's panel in Qatar is now under serious threat after Fifa finally stepped into the heated dispute on Wednesday night and indicated that the world football governing body's disciplinary committee will investigate Ndiaye's conduct during Bafana's controversial elimination from the World Cup qualifiers.

Besides awarding a harsh penalty that ultimate won the match for Ghana, the SA Football Association (Safa) contends that Ndiaye made several other questionable calls that prompted them to suspect there may have been match-fixing involved.

Safa president Danny Jordaan did not mince his words and said the Senegalese official, who has often courted controversy in the past, has no business being on the 2022 World Cup referees' panel after his shocking decisions saw to it that Bafana crashed out of the race for Qatar on Sunday.

“I think the painful part is this, based on analysis [of the official's performance during the 90 minutes of the match], the referee that handled the first half could never have been considered in any World Cup or even qualification match,” Jordaan said.

“The referee [who returned] in the second half can be considered. So it depends on which referee you want to send [to the World Cup]. The one in the first half, you definitely cannot send him to the World Cup.

“But this is the problem. How is it that one person, with the same level of experience, can have such a contradictory application of the mind, and application of the laws of the game? It leads to a lack of integrity, possible dishonesty, manipulation and so on.

“If that is scored [during the Fifa investigation], that person also similarly can never go to the World Cup. We cannot subject any other nation to what we have found here.”

Former Fifa referee Ace Ncobo was asked by Safa to compile an independent report on the Senegalese match official's conduct during the match and he was also not impressed by what he saw after studying the visuals for hours.

The report, which was handed to Fifa and the Confederation of African Football (Caf), shows that 90.9% of the incorrect decisions, of which there were an unusually high proportion, went against Bafana. Ncobo said this proves the game was “unlawfully manipulated” and that, in terms of Fifa rules, the result of a 1-0 win to Ghana should be made null and void.

The outspoken Ncobo echoed Jordaan and said he does not expect Ndiaye to travel to Qatar as one of the continent's representatives after Fifa has seen his handiwork up close in the evidence submitted by Safa in their complaint against the referee.

“My stance is very simple, as Africans we want a bigger slice of the World Cup cake, be it in the slots that are given to the participating nations, or be it the members that represent us on the refereeing panels,” he said.

“You speak to any referee in the fraternity and they will tell you that once we go to a Fifa tournament, when you come from Africa we forget from which specific country you are from. We always regard ourselves as representatives of the continent, we are together like that.

“If there is only one referee who has displayed deliberate bias as we have now discovered at least one of them, he does not deserve to go there. You cannot take somebody who makes it his mission to unlawfully manipulate a match and influence its outcome to the highest stage in the world. The World Cup is a very powerful tool for social cohesion the world over. It cannot be given and placed on the shoulders of people who show lack of integrity.

“So we do not expect him to form part of the [World Cup] refereeing panel.”

Bafana goalkeeper and captain Ronwen Williams revealed that Ndiaye signalled his intentions before the match had even started and threatened to book him for time wasting.

Williams said he felt targeted before the first whistle and the threat weighed on his shoulders like a heavy cloud of stress for the duration of the heated encounter.

It is not the first time Ndiaye have come under scrutiny after handling a match involving  South Africans. He attracted the ire of Pitso Mosimane's Al Ahly after a Caf Champions League quarterfinal clash against SA champions Mamelodi Sundowns in May.

Both sides were not happy with his performance but Al Ahly took things a step further and made an official complaint against the official to Caf.