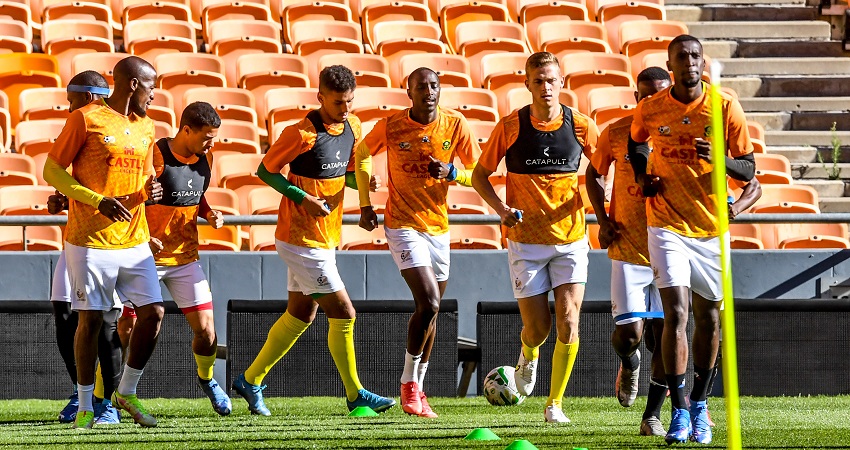 60' | Teboho Mokoena wins a free kick in the attacking half

18' | Ronwen Williams on high alert as Mesud Mohammed pulls a powerful shot from outside the box.

14' | Bongokuhle Hlongwane with a through ball, but Victor Letsoalo is caught offside.

A good number of Ethiopian supporters have turned up at FNB Stadium without necessary documentation and they have been denied access.#Qatar2022 pic.twitter.com/97PQdVa62s

WATCH | Calm before the storm at FNB as 2,000 Bafana fans await 6pm kickoff

FNB Stadium is empty and quiet but the venue will come alive in the next three hours when 2,000 spectators start arriving to watch the much-anticipated 2022 Qatar Fifa World Cup qualifier between Bafana Bafana and Ethiopia on Tuesday (6pm).

Football fans express joy that they are FINALLY back at FNB Stadium to support Bafana Bafana against Ethiopia 🇪🇹.#Qatar2022 pic.twitter.com/Cu1N3coOOO

WATCH | Calm before the storm at FNB as 2,000 Bafana fans await 6pm kickoff
The three Ethiopian players who could pose the biggest danger to Bafana at FNB Stadium

Strict #Covid_19 protocols are observed before entering FNB Stadium for the World Cup qualifier against Ethiopia 🇪🇹.
The stadium is still empty but 2000 spectators are expected to attend. pic.twitter.com/vmQ2f4YAnG

Bafana Bafana coach Hugo Broos is hoping that neighbours Zimbabwe can do SA a huge favour by taking points from Ghana in their 2022 Fifa World Cup qualifier at the National Sports Stadium in Harare on Tuesday.

Mashego living his dream in the Bafana camp: 'This is a big moment for me'

Bafana Bafana left-back Terrence Mashego says making his national team debut in the 2022 Fifa World Cup qualifier against Ethiopia on Saturday was a moment he will “forever cherish”.

Mashego living his dream in the Bafana camp: 'This is a big moment for me'