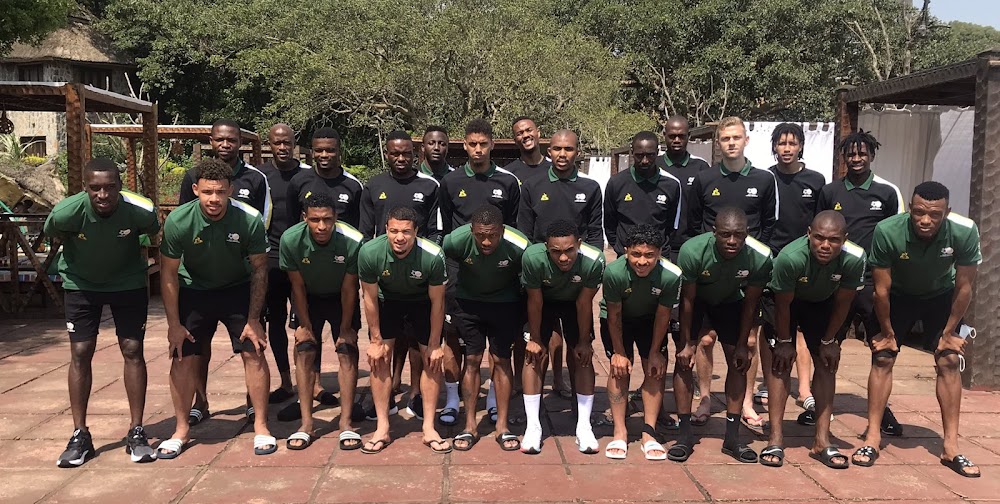 The Bafana Bafana camp should be content and walking on a cloud of confidence after the hard-fought win against Ethiopia in the away 2022 Fifa World Cup qualifier on Saturday afternoon.

It was a solid team effort that saw Bafana emerge 3-1 winners at Bahir Dar Stadium after goals from Teboho Mokoena in the 45th minute and Mothobi Mvala and substitute Evidence Makgopa in the 71st and 91st minutes respectively earned the priceless victory away from home.

Ethiopia captain Getaneh Kebede may have levelled matters for the home side in the 67th minute after Mokoena's first-half opener, but Bafana displayed grit to regain the lead through Mvala and eventually win comfortably after Makgopa's killer blow at the death.

The victory in front of a few hundred vaccinated fans at the Bahir Dar Stadium saw coach Hugo Broos’ charges retain their lead at the top of Group G, but only a point separates them from second-placed Ghana after the latter beat Zimbabwe 3-1 also on Saturday to remain in the hunt for a World Cup qualifying berth.

TimesLIVE rates the performance of the Bafana players against Ethiopia:

The shot-stopper was highly alert throughout the contest having been forced to produce crucial safes to deny the Ethiopians several chances in the first half.

He was calm and composed in the heart of the Bafana defence. He was one of the busiest players on the pitch as he was tasked with keeping a close eye on dangerous Ethiopians  Fasil Gebremichael and Surfel Dagnachew.

He proved to be a key element for coach Broos' men. Despite failing to find the back of the net on the day, he created numerous chances for Bafana and subsequently set up the chance that led to Makgopa scoring the third goal of the afternoon.

He was defensively OK as he showed tactical discipline and was composed. But he struggled to contain the likes of problematic Surfel Dagnachew on a few occasions .

He is very pivotal in the heart of the Bafana midfield. He had a fantastic game and put his hand up when he handed Bafana the lead in the first half. His long-range free kick exposed the weaknesses of Ethiopia goalkeeper Fasil Gebremichael, enabling his teammates to follow his lead and ask questions of their own.

He injected some much-needed fire into Bafana's attack and was rewarded when he eventually found the back of the net in the second half. He was comfortable on the ball and seemed to play with a lot of freedom.

He was named on the bench before the match and then suddenly started when Vincent Pule was injured during warm-up. He conceded the set-piece from which Ethiopia equalised, but Broos was pleased by his overall contribution. He needs to be more clinical in front of goal and avoid careless mistakes.

He added the third goal for  Bafana but before this defining effort, he watched in agony as  his headed effort crashed against the crossbar.

The in-form defender is rapidly becoming one of Bafana's best full-backs. He is making some crucial tackles and was influential going forward.

He was substituted in the 35th minute and, as Broos later revealed, this was due to the Orlando Pirates player struggling to adapt to the plan the Belgian had prepared for the East Africans. Much was expected from him and he will hope to bounce back from the disappointment.

He was not as efficient as  he was expected to be. He didn't live up to the expectation but he'll get it right.