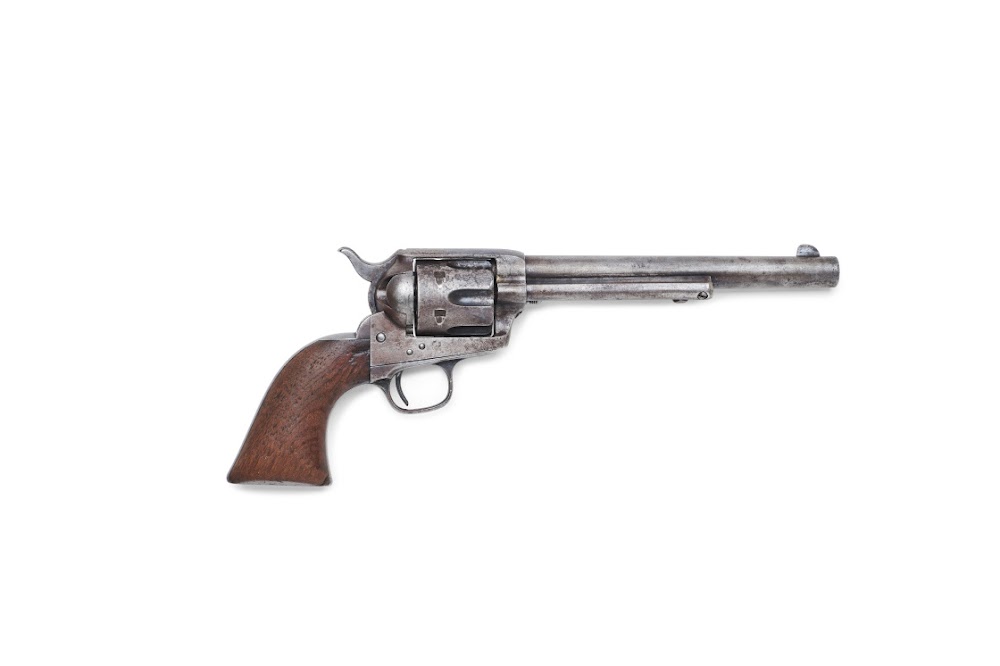 One of the most iconic weapons of the American Wild West goes up for auction next month with the sale of the gun that killed 19th century outlaw Billy the Kid.

Sheriff Pat Garrett's Colt single action revolver is expected to fetch between $2 million and $3 million at auction, Bonhams auction house said on Wednesday. He used the firearm to take down gunfighter Billy the Kid in 1881 after a months-long pursuit,

Bonhams described the gun as “the most iconic treasure of early Western history” in the US.

The gun comes from the collection of Texas couple Jim and Theresa Earle who amassed Western firearms and other artefacts for some 50 years. Jim Earle died in 2019, and his family is now selling the collection.

Billy the Kid was a wanted man in Arizona and New Mexico, killing eight men. Garrett tracked him down to a ranch in Fort Sumner, New Mexico and shot and killed him on July 14, 1881.

Their story has been chronicled in pop culture for almost 100 years, including in movies such as “Pat Garrett and Billy the Kid” and “Young Guns.”

Other highlights of the Aug. 27 auction in Los Angeles include the double-barrel shotgun that Billy the Kid used in his April 1881 escape from a New Mexico courthouse. It carries a presale estimate of $200,000 to $300,000.

Garrett's contract for the 1881 book he wrote about Billy the Kid is expected to fetch between $8,000 and $12,000. The modified Springfield rifle that was buried alongside lawman and gunfighter Wild Bill Hickock in South Dakota in August 1876 is expected to fetch up to $200,000.

Nicholas strengthens to hurricane as US Gulf Coast braces for flooding