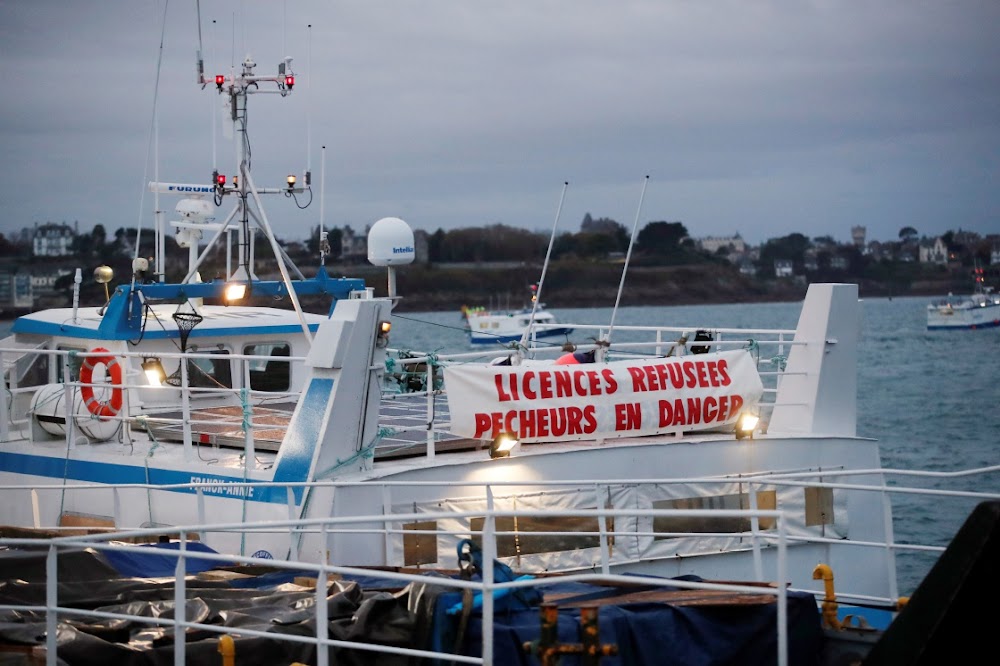 French fishermen blocked off the 'Normandy Trader' boat the country's port of St Malo on Friday, said a Reuters correspondent on the scene, as they started a day of protests to mark their anger over the issue of post-Brexit fishing licences.

The French fishermen also plan to block the Channel Tunnel and the port of Calais on Friday in protest at Britain's failure to issue them with more fishing licences since Brexit.

The dispute broke out after Britain left the European Union, with Paris saying London should have issued more French boats with licences to fish in British territorial waters. Britain says it is respecting post-Brexit arrangements.

Tension flared in October, when France briefly seized a British fishing boat in its waters, and both countries sent maritime vessels to waters off the English Channel island of Jersey earlier this year.