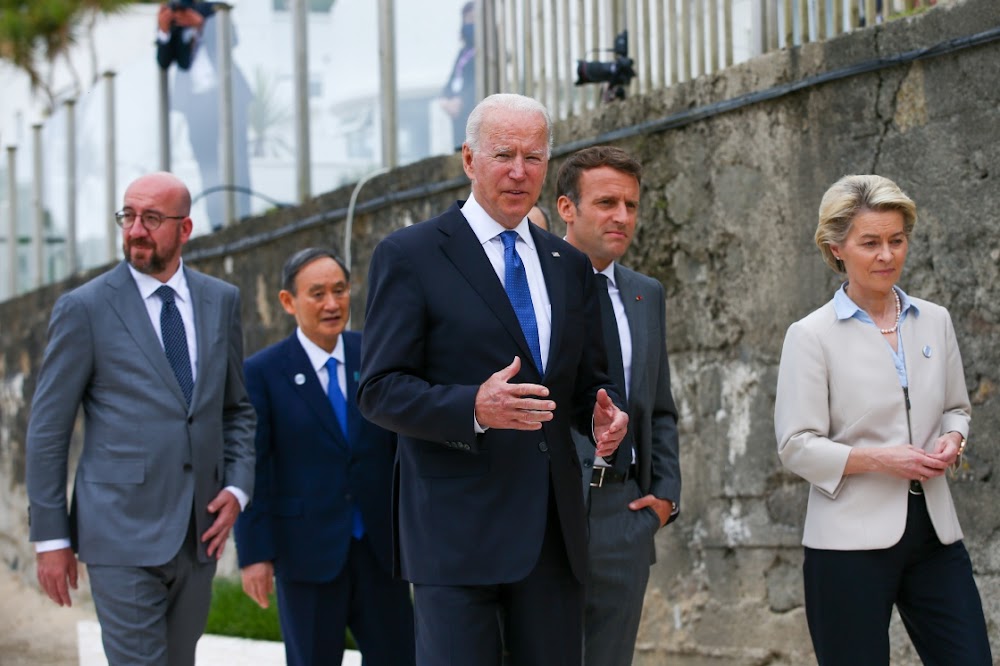 China denounced on Monday a joint statement by the Group of Seven leaders that had scolded Beijing over a range of issues as a gross interference in the country's internal affairs, and urged the grouping to stop slandering China.

The G7 leaders on Sunday took China to task over human rights in the heavily Muslim region of Xinjiang, called for Hong Kong to keep a high degree of autonomy and underscored the importance of peace and stability across the Taiwan Strait — all highly sensitive issues for Beijing.

China's embassy in London said it was strongly dissatisfied and resolutely opposed to mentions of Xinjiang, Hong Kong and Taiwan that distorted the facts and exposed the “sinister intentions of a few countries such as the United States”.

With the Covid-19 pandemic still spreading and global economy sluggish, the international community needs unity and co-operation of all countries rather than “cliquey” power politics sowing division, it added.

China is a peace-loving country that advocates co-operation, but also has its bottom lines, the embassy said.

“We will resolutely defend our national sovereignty, security, and development interests, and resolutely fight back against all kinds of injustices and infringements imposed on China.”

White House national security adviser Jake Sullivan said Sunday's statement from G7 was a significant move forward for the group as leaders rallied around the need to “counter and compete” with China on challenges ranging from safeguarding democracy to the technology race.

China's embassy said the G7 should do more that is conducive to promoting international co-operation instead of artificially creating confrontation and friction.

“We urge the United States and other members of the G7 to respect the facts, understand the situation, stop slandering China, stop interfering in China's internal affairs, and stop harming China's interests.”

The joint expert group on the virus between China and the World Health Organisation has been conducting research independently and following WHO procedures, the embassy added.

“Politicians in the United States and other countries ignore facts and science, openly question and deny the conclusions of the joint expert group report, and make unreasonable accusations against China.”