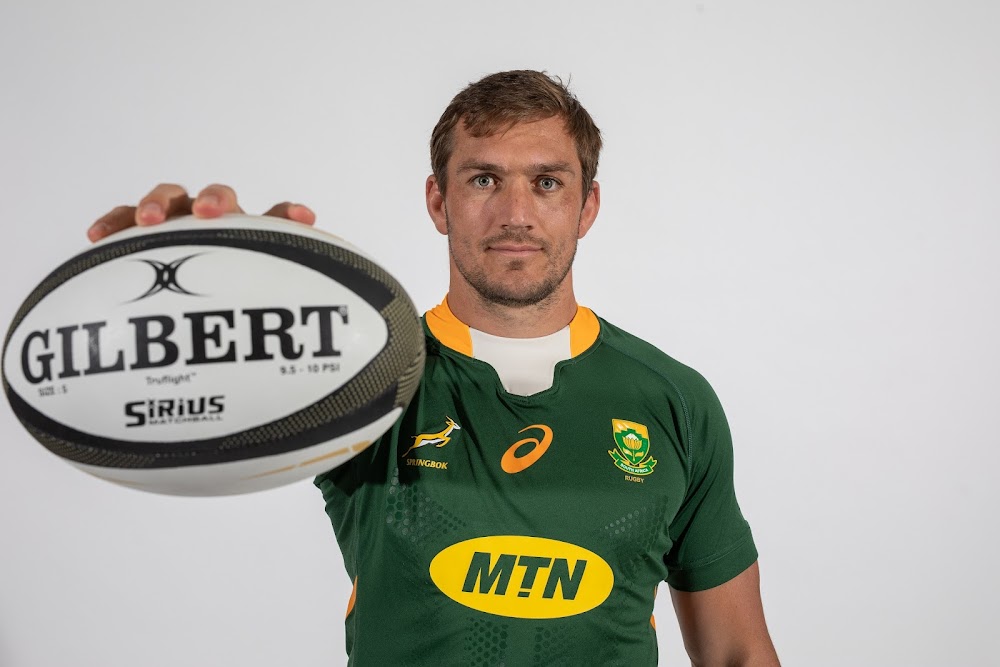 It must have been half heart-warming, part soul-destroying to watch his Springbok teammates lift the Webb Ellis Cup after they beat England in the Rugby World Cup (RWC) final in 2019.

Having played the last two Tests and then to miss out on selection before their departure was disappointing, admits Rynhardt Elstadt, but he was stoked by the sight of the fireworks and pyrotechnics behind his teammates on the podium.

“I backed the boys from day one to the day they lifted the trophy. I was really proud of each and every one and also to have been be part of the preparation towards that,” said Elstadt, who is back in favour and on the bench for Saturday’s opening Test against the British & Irish Lions in Cape Town.

Because of the stiff competition for places Elstadt said he was surprised to be named in the match-day squad. His selection, however, is very much in line with the Springbok selection policy, which at the moment seems to revolve mainly around freezing World Cup positions, as well as the pecking order.

Being the better part of 2m and 120kg makes Elstadt suitable for positions in the back and second row. He’s endowed with the skill-set too but expects to take up position on the side of the scrum for Pieter-Steph du Toit or Siya Kolisi.

The captain was the one often replaced at the business end of their knockout matches at the World Cup leaving Du Toit and Duane Vermeulen to continue their reign of terror. There is no Vermeulen now but somehow the Boks need to find similar titanium-tipped physicality in the backrow.

“The Bomb Squad comes up for a reason, but I hope we don’t disappoint the guys out there.”

The Bomb Squad, the Springboks’ now famed substitutes who featured six forwards and just two backs on the bench, was predicated on certain players’ adaptability. Although Elstadt helps provide that option it will not be deployed in this Test.

After a long injury lay-off Lood de Jager will provide second row cover but Elstadt has to remain alert to the possibility that he too may end up in the second row.

“It’s been expected from day one to fulfil whatever opportunity I get to fulfil,” he said.

“I think I’ve got the most workload of everyone out there (in training), because I need to know some of the lock stuff, I need to know the loose forwards’ work roles as well.”

Elstadt has been one of the players to benefit from the Springboks’ open door selection policy to those who campaign abroad. He moved to French Top 14 powerhouse Toulouse in 2017 winning a Top 14 title in 2019 before adding a Champions Cup and league double this year.

“I think my experience in Europe makes a big difference (for the Lions tour), although we play a different structure on that side,” said Elstadt.

“We have a bit of insight into what we could expect. Even the match we played last Wednesday (for South Africa A), we could see the European style coming through, and I think we managed to work around a few things that we weren’t going to expect from them.”

His focus now, however, is wholly on the Tests. “It’s an honour for me and I hope I can live up to the standard.”