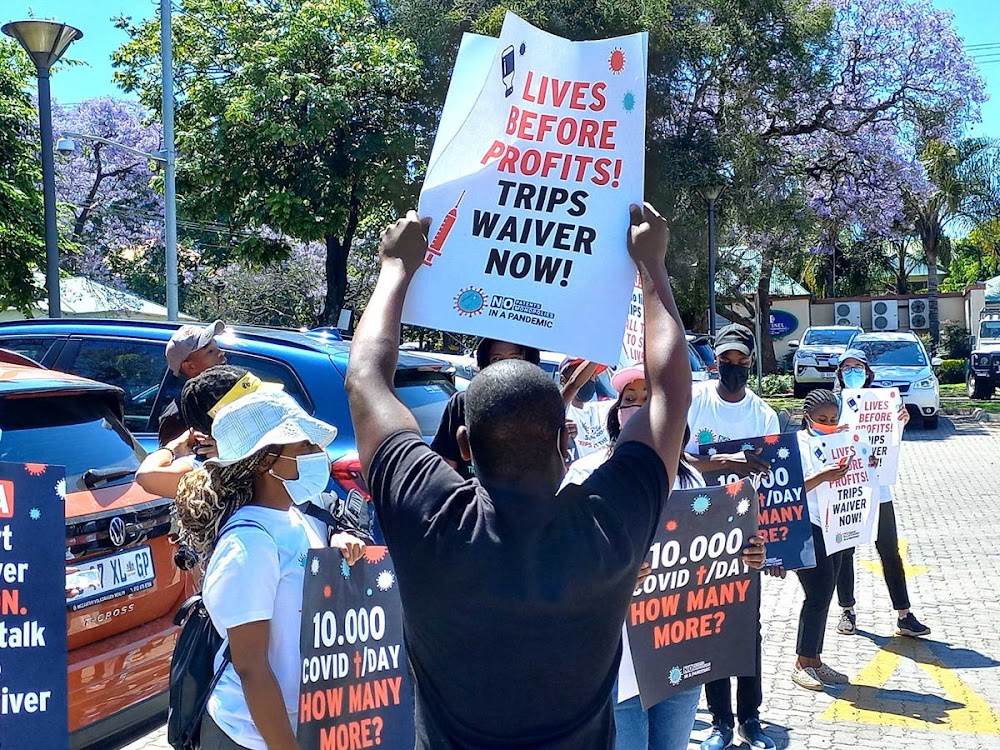 Doctors Without Borders (MSF), with civil society bodies, has urged Germany to support the immediate suspension of patents on all Covid-19 medical tools in light of low vaccination rates in SA and other African countries.

The letter called for an immediate suspension of patents through the Trade-Related Aspects of Intellectual Property (Trips) waiver — an intellectual rights protocol — at the World Trade Organization, “which to date has been outright blocked by the German government”.

In 18 African countries, fewer than 2% of people have been vaccinated, while in Germany 70% have received at least one dose.

They said there was also a need for technology to be made available to producers in low- and middle-income countries to accelerate vaccine manufacturing.

“This is especially needed for mRNA vaccines, whose research and development was co-funded by the German government, with hundreds of millions of euros of taxpayer money,” said Candice Sehoma, advocacy co-ordinator for MSF’s Access Campaign in SA.

“To end the deadly global inequality you must take all possible steps to ramp up production as quickly as possible. The transfer of know-how to producers worldwide is explicitly mentioned in the coalition agreement.

“Every day we in SA directly experience the dramatic consequences of unequal access to vaccination, tests and medicines. Every day we witness the failure of global solidarity.”

According to MSF, mRNA vaccines are particularly suitable for technology transfer because they are easier and faster to produce in large quantities and can be quickly adapted to new viral variants.

“Technology transfer to Africa would be possible within six months, even to producers who have not previously manufactured vaccines. The necessary skills are available in SA and other countries in the global south. The problem is access to the technology, which BioNTech and other mRNA developers are keeping under wraps.