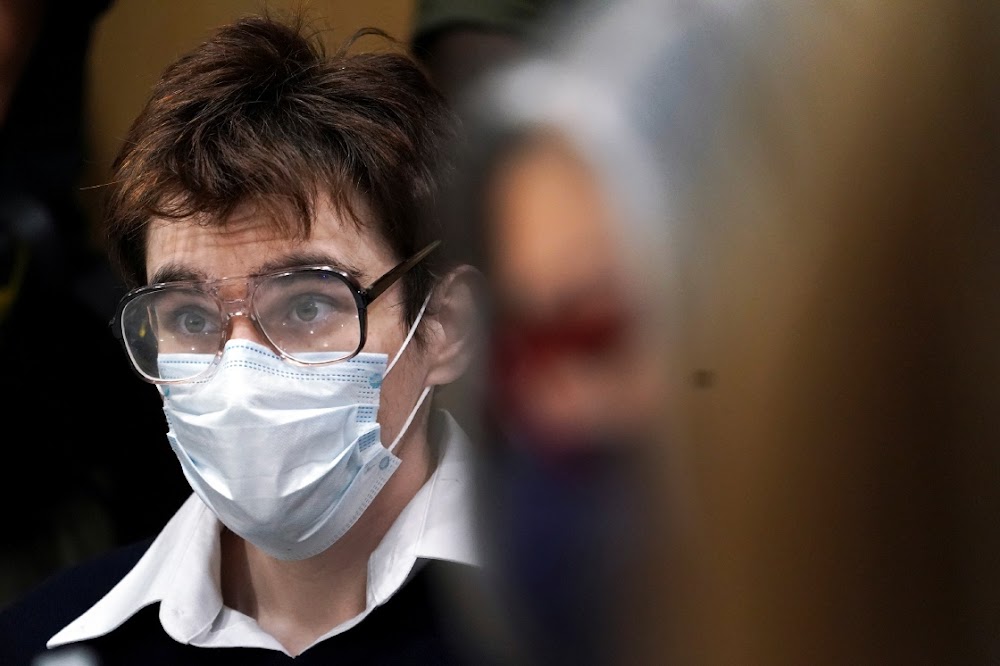 Accused shooter Nikolas Cruz pleaded guilty on Wednesday to 17 counts of murder and 17 counts of attempted murder in the 2018 mass shooting at Marjory Stoneman Douglas High School in Parkland, Florida, the deadliest ever at a US high school.

At a hearing, Cruz, 23, stood hunched over and entered one guilty plea at a time as the judge read off the charges. His lawyer, David Wheeler, Broward County's chief assistant public defender, said last week Cruz intended to plead guilty in the Valentine's Day attack.

Cruz was a 19-year-old expelled student with a history of mental health and behavioral issues at the time of the "cold, calculated and premeditated" killings, Broward County's State's Attorney Office said in court documents.

After the pleas were entered, Cruz removed his COVID-19 mask and apologized to his victims.

Cruz wore a dark blue sweater vest above a blue shirt. He was thin and had on large glasses. His hands clutched the wooden podium he stood at while the judge spoke to him.

Because prosecutors have vowed to seek the death penalty, his change of plea from not guilty would open the penalty phase in which a jury would decide whether he should be sentenced to life in prison or death.

In Florida, juries determine whether to impose a death sentence. If prosecutors are not willing to drop the potential death penalty as part of any plea deal that may be struck with Cruz, then a jury would decide.

During a hearing last week, Cruz pleaded guilty to assault and battery of a law enforcement officer in a separate case in which he was accused of kicking, hitting and punching a sheriff's deputy as well as attempting to remove his Taser in a November 2018 jail attack.

Before accepting his guilty pleas, Broward Circuit Judge Elizabeth Scherer asked him if he understood the impact the assault case could have in the penalty phase of the murder case.

"Sir, I need to advise you that the state is going to be using this conviction in this case as evidence of an aggravating factor for purposes of arguing in favor of the death penalty. Do you understand that?" Scherer asked Cruz.

Some of the teenagers who survived the deadly rampage formed "March for Our Lives," an organization that called for gun control legislation such as a ban on assault-style rifles.

In March 2018, the group held a nationally televised march in Washington that sparked hundreds of similar rallies worldwide. Cruz was 18 when he legally purchased from a licensed gun dealer the AR-15 rifle used in the shooting.