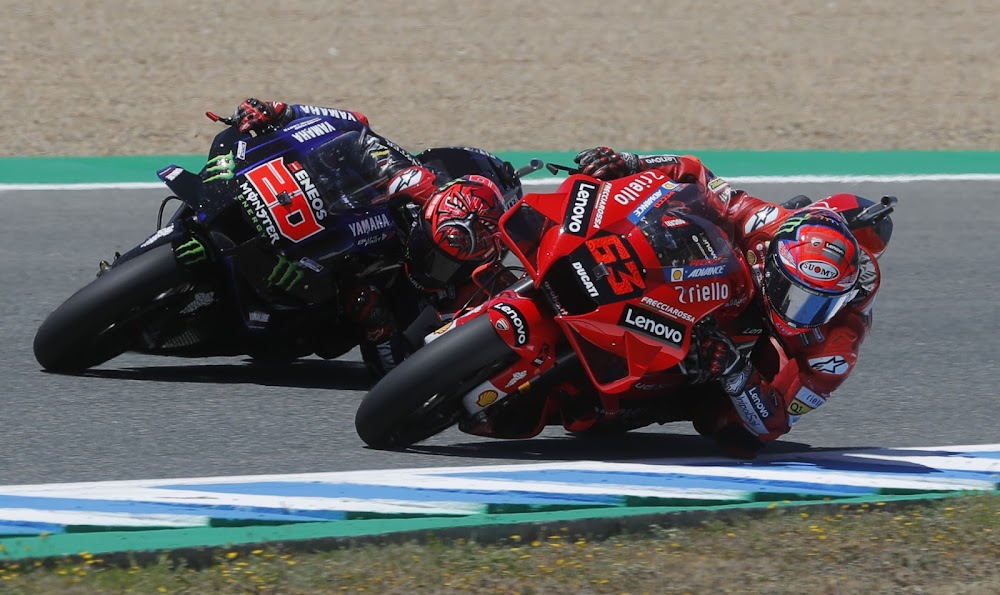 Forecasts suggest a wet weekend in Le Mans this weekend, which could make for an unpredictable French MotoGP.

World Championship leader Francesco Bagnaia (Ducati) heads into round five as the man to beat, and the Italian rookie has claimed three podiums in four races so far in 2021.

“Yeah I’m the leader for just 10 days so I don’t know. It’s good, it’s nice but we have only done four races, it’s too soon to think about it. We just thinking race by race. This is a track that I like. I’ve had three podiums here, one in Moto3 and a victory and second in Moto2 and it’s a track that suits our bike very well,” said Bagnaia.

Inspired by his victory in the Spanish Grand Prix a fortnight ago, Australia’s Jack Miller (Ducati) is ready to attack a circuit that has delivered him mixed fortunes.

“I have a kind of love-hate relationship with France, with Le Mans especially,” said Miller.

“I’ve had a win here and in Moto3, I nearly died here at Turn 1, and then last year I did feel like I died as well, when the bike cut out with like seven [laps] to go.”

Former championship leader Fabio Quartararo (Yamaha) has undergone successful arm pump surgery to rectify the problem that cost him victory in the Spanish GP. The Frenchman was leading the race when the injury caused his pace to drop significantly and he slipped to 13th by the finish.

Quartararo had a similar operation on the same right arm in his rookie season in 2019, but on Sunday he said it was the first time he had been affected by the issue at the Spanish circuit.

“I’m feeling great and I don’t think there will be any issues while riding,” said Quartararo, whose victories in this year’s Doha and Portuguese races marked him out as one of the title favourites.

All eyes will be on multiple champion Marc Marquez (Honda), in his third race since returning from injury after missing most of last season. The Spaniard, who also missed the first two rounds of this season while waiting for his broken arm to heal, finished seventh on his return at the Portuguese GP and ninth in Spain.

Local hopes will be pinned on Brad Binder (KTM), who will be aiming for improved fortunes this weekend after crashing twice in the Spanish GP. The South African has had a mostly inauspicious start to the season but laid his marker by claiming fifth place from 15th on the grid in the Portuguese GP on April 18, KTM’s best result of the year so far.