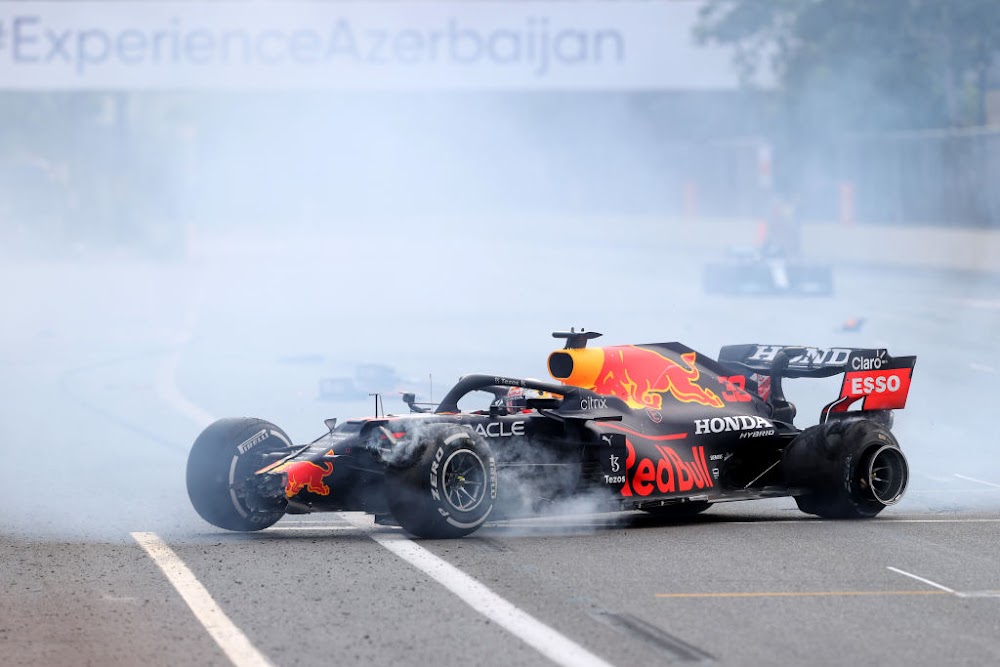 Formula One world championship leader Max Verstappen said on Thursday he was unhappy with Pirelli's explanation for the high-speed tyre blowout that cost him victory at the Azerbaijan Grand Prix.

Red Bull's Verstappen suffered a left-rear failure on the straight while leading towards the end of the June 6 race in Baku.

Aston Martin's Canadian Lance Stroll had earlier crashed out with a similar failure.

Sole supplier Pirelli on Tuesday ruled out any production or quality defects and accepted that the teams had followed prescribed parameters when the tyres were fitted.

It indicated that how the tyres were then run had contributed to the incidents.

Asked at the French Grand Prix if he was happy with Pirelli's explanation, the 23-year-old Dutch driver replied: “Personally not.

“I think the team did everything like they should have done, they followed all the guidelines with tyre pressures at the start.

“For sure we'll go up on pressures here for this weekend. 100% sure we will. Probably it has something to do with that, what happened in Baku, but it would also be nice to know if it was tyre pressure-related. Just speak out.

“That would be a bit easier to understand than the explanation we got so far.”

Pirelli had said in their statement that the cause was due to “a circumferential break on the inner sidewall, which can be related to the running conditions of the tyre.”

Verstappen said he felt fortunate to have escaped unhurt from the crash.

“I was actually quite lucky to hit the wall on the right hand side, instead of the left. I think if I would have gone left it would have been a really big impact,” he said.

Seven times world champion Lewis Hamilton said safety was the priority and Pirelli and the governing FIA needed to do a better job in policing tyre pressures and temperatures during the race as well as before.

“Whenever there is a failure they always put the pressures up, so that tells you something,” said the Mercedes driver. “More often than not the tyres are not running at the pressures that have been asked.

“I think they've done a great job with the tyres this year, they are more robust than before.

“In this particular instance I don’t think Pirelli are at fault.”