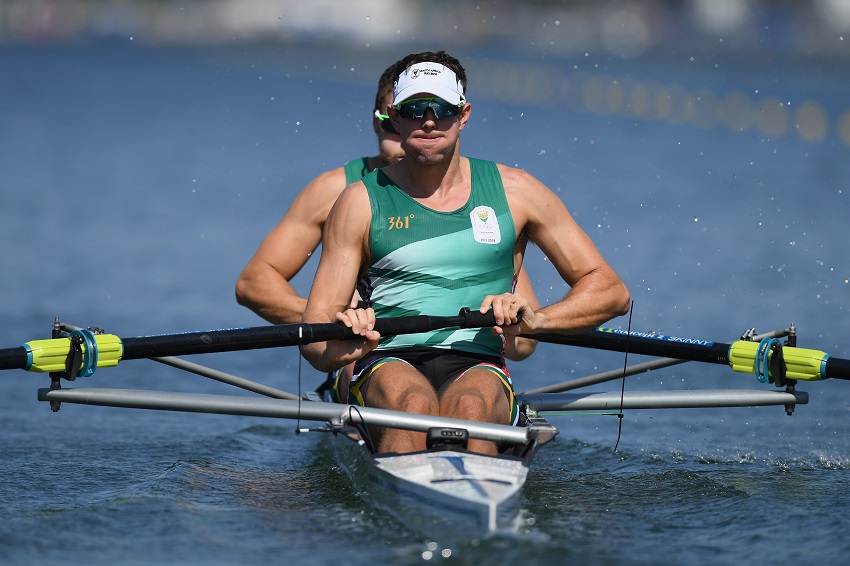 Five medals! That is the haul Team SA should achieve at the Tokyo Olympics‚ which kick off in earnest on Saturday.

It may be half the 10 gongs SA won at the Rio Games five years ago‚ but it’ll still be a solid haul.

In 2016 SA had more than 20 medal contenders‚ and on this occasion one can count as many as 13‚ although 10 is probably a more sober assessment.

Divide by two and that normally gives one the number of actual medals.

And if one considers that SA’s richest Olympic bounty at a single Games is 10‚ achieved on three occasions‚ followed by six‚ also done three times‚ then five is a not-unimpressive target‚ although six or even seven are not beyond the realms of possibility‚ if all the stars align.

SA has two potential medal opportunities on Saturday — the men’s cycling road race and women’s judo — although neither are realistic‚ especially with ace rider Daryl Impey out injured.

Ashleigh Moolman-Pasio will offer SA its first chance‚ albeit a long shot‚ in the women’s road cycle race on Sunday‚ and then triathlete Henri Schoeman‚ the bronze medallist from Rio‚ will fight for the podium on Monday.

Moutain-biker Alan Hatherly‚ an outsider‚ is also in action on Monday‚ but on Tuesday Tatjana Schoenmaker will begin her campaign in the women’s 100m breaststroke final.

She is seeded fourth in that event and first in the 200m breaststroke.

The most critical period in SA’s campaign is Big Wednesday on July 28‚ when four medals could be on offer.

Rowers John Smith‚ Lawrence Brittain‚ Kyle Schoonbee and Sandro Torrente are scheduled to compete in the final of the men’s four — they will attempt to qualify directly from their heat on Saturday — and then Chad Le Clos is set to fight it out in the men’s 200m butterfly final.

Moolman-Pasio competes in the individual time trial‚ and the Blitzboks will hopefully be in the medals matches come the late afternoon.

After that SA’s medal opportunities thin out for the remaining nine days of the Games.

Schoenmaker should be a safe bet in her premier event on Friday‚ but Le Clos will have a battle royale to make the 100m butterfly podium next Saturday morning.

Le Clos is already one of only three men in history to have made the podium in this event at two Games (he got silver at London 2012 and Rio 2016)‚ alongside American superstars Michael Phelps and Mark Spitz. Phelps has done it four times and Spitz just the twice.

Akani Simbine carries SA’s best chance of landing the first 100m medal since 1908 in the sprint final on August 1‚ next Sunday.

Ruswahl Samaai is confident he can do damage in the men’s long jump final on August 2‚ although his recent form suggests otherwise.

Nobody knows for sure which Wayde van Niekerk will pitch up‚ but if he’s going to defend the 400m crown he won in Rio‚ he’ll have to be in form in the final on August 5.

The men’s 4x100m relay team‚ starring Simbine‚ is the last of SA’s 13 medal hopes‚ with the final set for August 6.

Fans might try to convince you that there are other medal contenders‚ like in the marathons and in the golf‚ but those are dreams and fantasies‚ at least when looking at world rankings and recent performances.

They’re not impossible‚ mind you‚ but one shouldn’t bet their house on them either.

Long shots are hard to come by — that’s the lesson the Olympics have taught SA over the years.

And if the class of 2021 can win five medals‚ it’ll be worth celebrating.