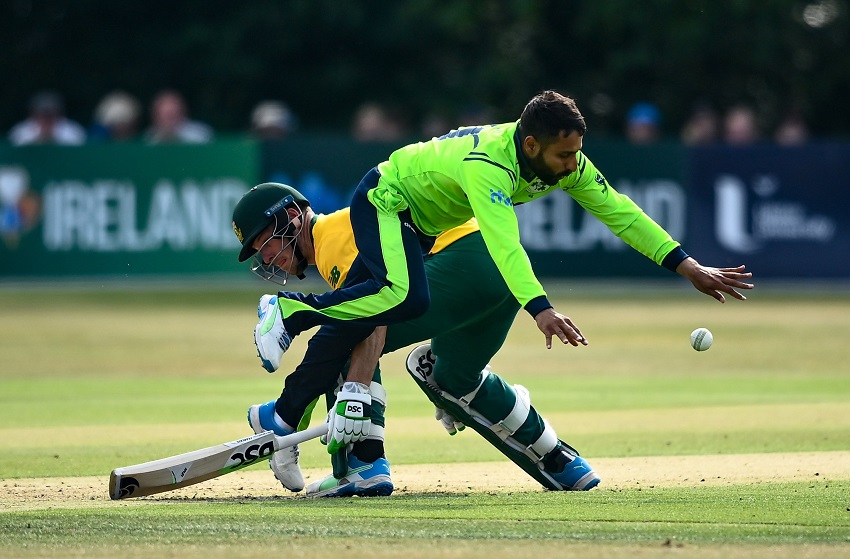 A David Miller inspired South Africa overcame Ireland by 42 runs to wrap up the T20 series with one match to spare at the Civil Service Cricket Club in Belfast on Thursday.

The Proteas‚ who batted first after Temba Bavuma won the toss‚ have taken an unassailable 2-0 lead and will be looking to complete a whitewash when they meet the hosts in the third and final match on Saturday.

Miller rescued South Africa from a poor start to smash his fourth T20 half century as the Proteas posted 159, which proved to be a bridge too far for Ireland who were bowled out for 117 after 19.3 overs.

Miller‚ who rode his luck after he was dropped by Lorcan Tucker on 20‚ ended his superb innings with a match-winning knock of 75 off 44 that included four boundaries and six maximums.

When Miller arrived at the crease‚ the Proteas were struggling on 38-4 in the seventh over after the loss of top order batsmen Bavuma‚ Janneman Malan‚ Aiden Markram and Quinton de Kock.

SA lost Bavuma and Malan without scoring before the end of the first over with Irish spinner Paul Stirling wreaking havoc.

Bavuma departed with the second ball of the match when he was caught at slips by Joshua Little off the bowling of Stirling for his second T20 duck.

The catching and bowling combination of Little and Stirling was responsible for the demise of Malan two balls later, to leave the scoreboard on 2-2, and the next batsmen to fall was Markram (8).

South Africa‚ who made three changes with Wiaan Mulder‚ Bjorn Fortuin and Beuran Hendricks coming in for Kagiso Rabada‚ Lizaard Williams and George Linde‚ ended the powerplay on 38-6.

In their chase‚ Ireland could not find rhythm and partnerships as Tabraiz Shamsi again showed why he is the top ranked T20 bowler with the scalps of Stirling‚ George Dockrell‚ Shane Getkate and figures of 3/14.

Fortuin also impressed with ball in hand as he returned with the three wickets of Kevin O'Brien‚ Tucker and Simi Singh‚ while Beuran Hendricks removed Andrew Balbirnie and Craig Young.

Markram and Lungi Ngidi accounted for Harry Tector and Little, and with the bat there was nothing much to write home about for Ireland, with Getgate their top scorer with 24 and Dockrell making 20.