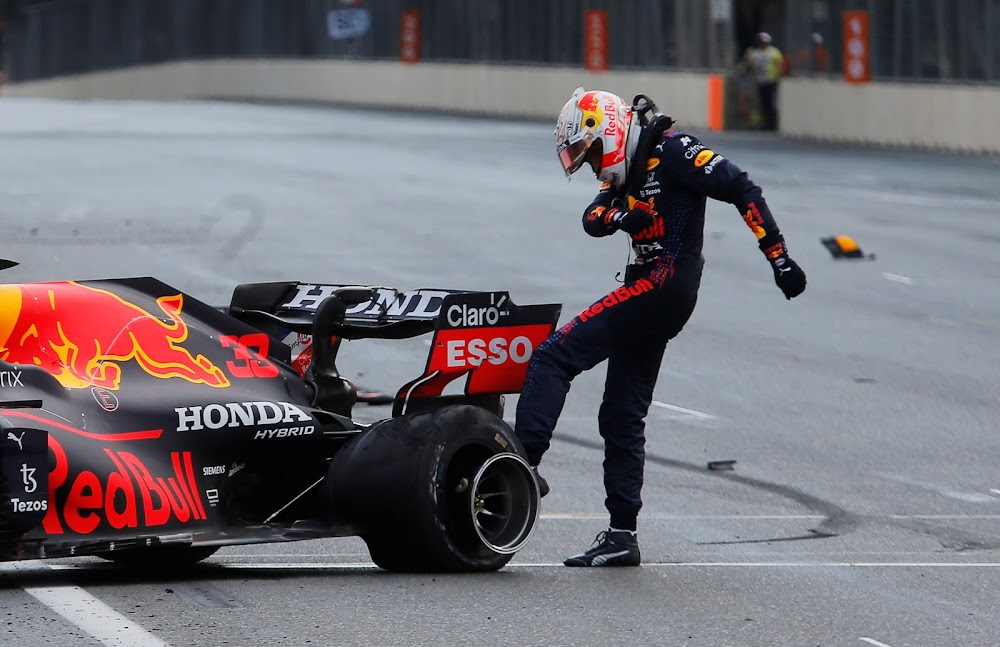 Pirelli on Tuesday ruled out production or quality defects as the cause of high-speed blowouts suffered by Formula One championship leader Max Verstappen and Lance Stroll at the Azerbaijan Grand Prix.

The company said Verstappen's Red Bull and Stroll's Aston Martin teams had followed Pirelli's prescribed parameters when the tyres were fitted for the June 6 race in Baku.

It suggested that how the tyres were then run had contributed to the incidents.

Pirelli said it also looked at other left rear tyres that had done the same or more laps as the damaged ones.

"The process established there was no production or quality defect on any of the tyres,  nor was there any sign of fatigue or delamination," the Italian company said.

It said the causes of the failures had been clearly identified as being down to "a circumferential break on the inner sidewall, which can be related to the running conditions of the tyre".

This was "in spite of the prescribed starting parameters (minimum pressure and maximum blanket temperature) having been followed".

Pirelli said it and the governing FIA had agreed on a new set of protocols, with an upgraded technical directive distributed to teams for monitoring operating conditions during a race weekend.

The French Grand Prix at Le Castellet is this weekend.

Red Bull said they had worked closely with the FIA and Pirelli and no car fault was found.

"We adhered to Pirelli’s tyre parameters at all times and will continue to follow their guidance," said  the championship-leading team.

Pirelli said after the race they suspected the blowouts may have been caused by external factors such as debris.

Verstappen and Stroll crashed out in separate incidents after rear left tyres blew on the same fast stretch of straight.

"No warnings or vibrations were detected and none of the other tyres of a similar age or older showed any signs of excess wear. We cannot exclude that the damage was caused by an external factor," said Pirelli's F1 head Mario Isola said.