Oceania rugby sevens powers band together before battling at Tokyo 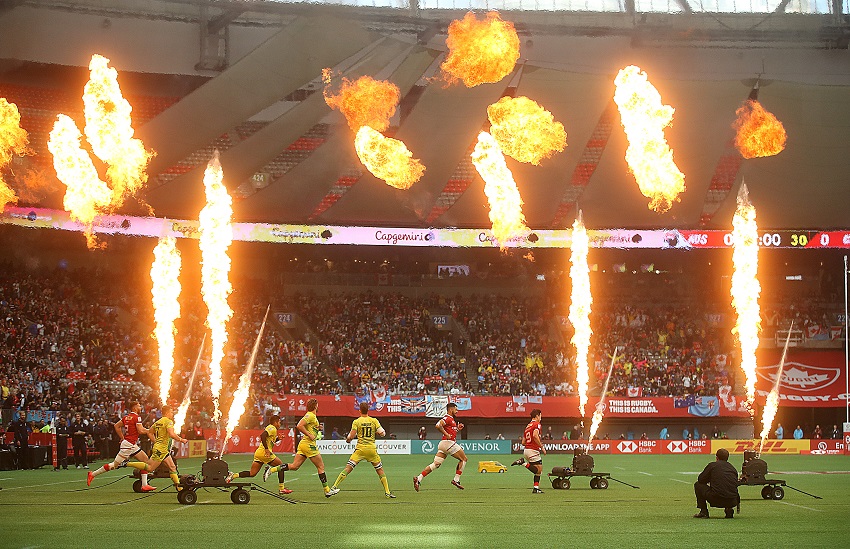 A dearth of international competition during the COVID-19 pandemic has torn up the form guide for Olympic rugby sevens but medal contenders New Zealand and Australia will gain valuable insight into their Tokyo preparations in Auckland next week.

The trans-Tasman neighbours are fierce rivals on the field but have worked congenially off it to set up the May 21-23 series in Auckland, which comes only weeks after authorities approved quarantine-free travel from Australia..

The nations' men's and women's teams will play two matches per day in adherence with the Olympic format, and have their first taste of international action in over 400 days.

Men's Olympic rugby sevens champions Fiji are then slated to join Australia and New Zealand in a tri-series in tropical Queensland at the end of June, giving all teams a valuable warmup before competing in Tokyo's muggy summer heat.

With much of the world battling third and fourth waves of COVID-19, the Oceania sides are counting their blessings to operate in a region relatively unscathed by the pandemic and where competitive rugby is a given.

"We’re hugely grateful to be able to train together every day. All of us are living lives unlike other parts of the world," New Zealand men's sevens coach Clark Laidlaw told Reuters.

"All three teams are quite excited about working together.

"We’ll obviously be rivals come July but if the three of us can help each other get ready and get in the best shape possible then we see that as a real win."

Though Fiji won the men's sevens gold at Rio, New Zealand are nominally the sport's benchmark, having been crowned champions of the 2019/20 World Rugby Sevens series after its last rounds were scrapped due to COVID-19.

Fiji were third behind runnersup South Africa, with Australia fourth.

With a peerless assembly line of rugby talent, New Zealand will likely be strong favourites to claim gold in both the men's and women's events at Tokyo and erase the disappointments of Rio.

New Zealand's men were bundled out of the quarter-finals by Fiji at Rio, an ill-fated campaign which saw star All Blacks centre Sonny Bill Williams break down with an Achilles injury early on.

New Zealand may again have All Blacks firepower in the form of young power winger Caleb Clarke, who lit up the international game in his debut season last year but is eschewing 15s rugby for the next two months in a bid for Olympic selection.

Laidlaw took over the New Zealand men's sevens programme about a year after Rio and has brought several professional players from Super Rugby into the fold.

While boasting a formidable squad, Laidlaw is cautious about their medal prospects at Tokyo, even with a solid pipeline of competition in store.

Teams with scant preparation can still surprise at Tokyo, said Laidlaw, who pointed to Argentina's stunning maiden defeat of the All Blacks in Sydney last year after having no test rugby in the leadup and a rash of COVID-19 infections.

"So we’ve got to be wary of that resilience and that emotional spike that those teams may have just being able to come to Tokyo," said the Scot.

"With the lack of the World (Sevens) series, who knows how good these teams might be?

"We’ve lost to every team that’s going to the Olympics over the last three years apart from South Korea. So there’s no room for complacency in the men’s game."