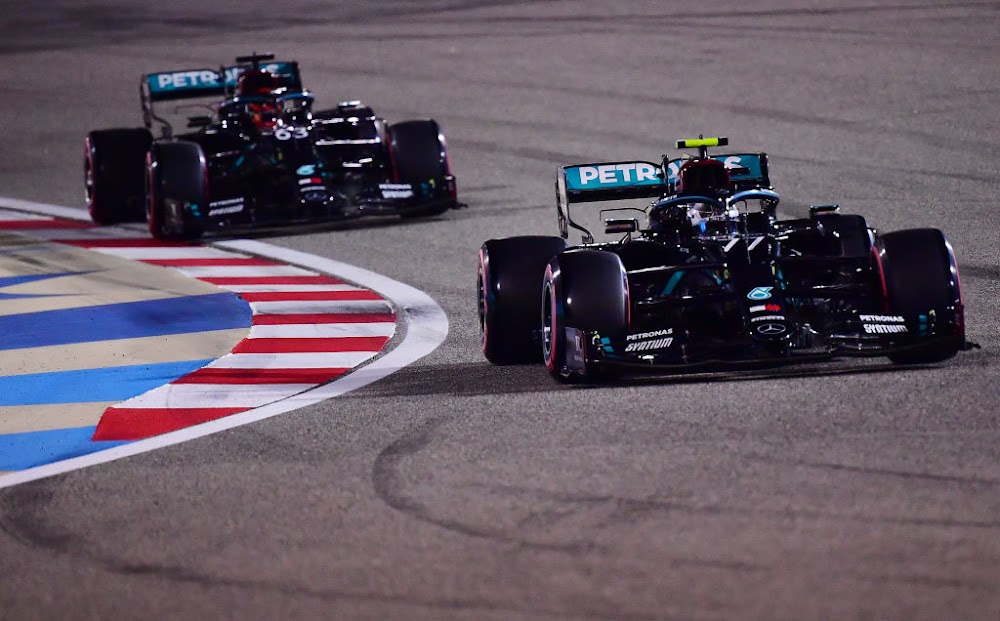 Seven times world champion Lewis Hamilton was fastest in Spanish Grand Prix practice on Friday as the Mercedes driver prepared for a weekend that could bring him a record-stretching 100th Formula One pole position and boost his overall lead.

The Briton, who is eight points clear of Red Bull's Max Verstappen and has won the last four races at the Circuit de Catalunya, led a team one-two with Valtteri Bottas in the afternoon.

Verstappen had been second fastest in the morning but dropped to ninth, 0.615 off the pace, in the second hour-long session.

Bottas had led in the morning with a lap of one minute 18.504 seconds, 0.033 faster than Verstappen, but Hamilton put in a 1:18.170 effort on soft tyres after lunch when the conditions were warmer.

That was 0.139 quicker than Bottas's best effort.

"It's been a good start to the weekend, the track is awesome and our balance is similar to what we had in the last race. It looks close but I think we've got good pace," said Hamilton, who won in Portugal last weekend.

"How competitive we are going to be tomorrow is always going to be a question mark on a Friday but from our side we are quite happy," said the Dutch driver.

"Of course, you always want to improve and do better so we just have to make sure tomorrow that we are up there but I’m looking forward to it."

Red Bull team boss Christian Horner highlighted after the opening session that there was less than a tenth between his driver and the fastest Mercedes.

"At a track like this that's been a stronghold for them for the last seven years or so, that's encouraging," Horner told Sky Sports television after first practice.

"Mercedes have been truly dominant here for the last few years. I think if we can get close to them here that's a really encouraging sign."

This weekend will be double world champion Alonso's first race at home in Spain since 2018, when he drove for McLaren.

"Overall, I am pleased with our two sessions and I think the car balance feels good, so it gives me confidence for tomorrow." he said.

Verstappen's Mexican team mate Sergio Perez was only ninth and 10th in the two sessions and said it had been a tricky day.

"I think our long-run pace is stronger but there’s work to do," he added.

Sunday's race will be Verstappen's 100th for Red Bull, at the circuit where he became the sport's youngest ever winner on his team debut as an 18-year-old in 2016.

The Dutchman has fallen foul of track limits in recent races, having times deleted for going too wide, but Horner doubted that would be a big issue this weekend.

"I certainly hope it won't, it's not that type of a circuit," he said, adding that there would be more discussion about the rules on Saturday.

The opening session was halted with 15 minutes remaining when Alfa Romeo reserve Robert Kubica, making his first Friday appearance of the season, went into the gravel at the revised turn 10.

The virtual safety car was deployed in the afternoon when some bodywork came off Carlos Sainz's Ferrari and had to be retrieved.

In an indication of the tight competition, the top 14 drivers were separated by less than a second.