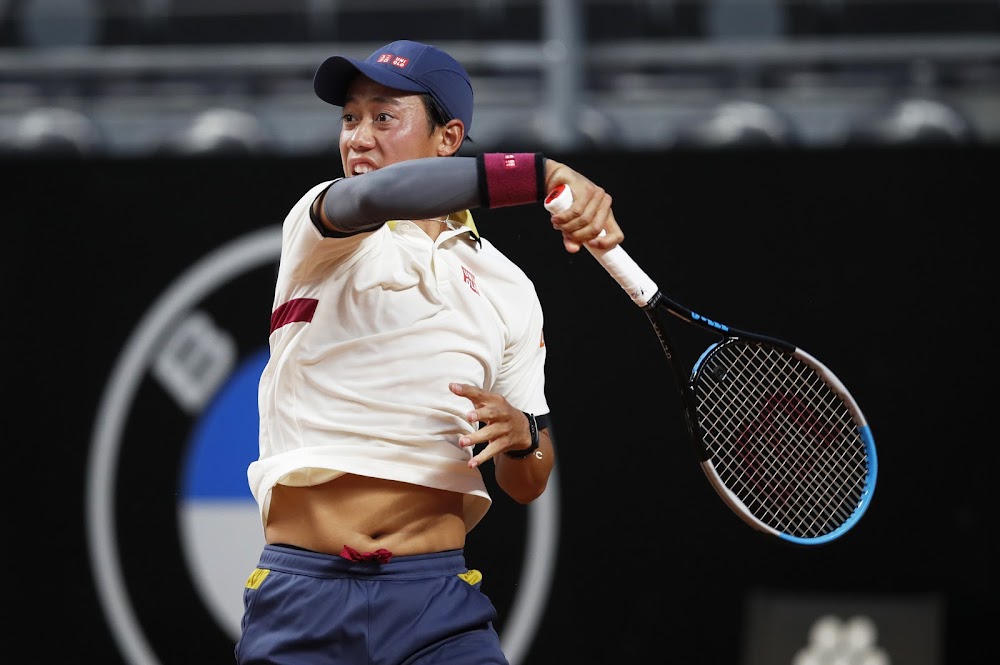 Japan's top-ranked men's tennis player Kei Nishikori added his voice to concerns about staging the Tokyo Olympic Games in July, as the country battles a surge in Covid-19 cases.

Naomi Osaka, Japan's No.1 women's tennis player, raised similar concerns on Sunday, saying that the risks of holding the Games amid the pandemic should continue to be carefully discussed.

Japan has extended a state of emergency in Tokyo and three other areas until the end of May, raising new questions about whether the Games should go ahead.

Its vaccination rate is also the lowest among wealthy nations.

"This is not like 100 people like these tournaments," Nishikori said at the Italian Open in Rome on Monday.

"It's 10,000 people in a Village, playing a tournament," he added, referring to the Olympic Village where athletes will stay.

"I don't think it's easy, especially (with) what's happening right now in Japan, it's not doing good."

Nishikori, who won bronze in the men's singles at the 2016 Olympics in Rio, added that there was still time before a decision had to be made but was wary about the potential for an outbreak in the Village, a high-rise apartment complex in downtown Tokyo.

"You can make a good bubble and maybe you can do it," he said.

"There is some risk too. What happens if there's 100 cases in the Village? Or it can be thousands."

The 2020 Olympics were postponed by a year due to the pandemic and organisers, from the International Olympic Committee (IOC) to the Japanese government, have stood firm in saying that the global sporting showpiece would go ahead this summer under the mantra of a "safe and secure Games."

But some medical experts said this could be difficult to guarantee.

"We still don't have a good definition of 'safe Olympic Games' yet from Japan's government or the IOC," said Kentaro Iwata, a professor specialising in infectious diseases at Kobe University Hospital in western Japan.

"I don't know how to protect (foreign visitors and athletes) from bringing in novel variants from all over the world.

"It's an extremely difficult task to do that and kick off the Olympic Games in July," Iwata told Reuters.

Opposition lawmakers grilled Prime Minister Yoshihide Suga and Olympics Minister Tamayo Marukawa on Olympics safety measures in a parliamentary committee on Monday, including the number of hospital beds secured if needed to deal with Covid-19 patients from the Olympics, but Marukawa was unable to provide details.

Several test events with foreign athletes have been successfully held, most recently on Sunday, but a visit by IOC head Thomas Bach scheduled for May 17 to 18 has been postponed until June.

Though Japan has been spared the worst ravages of the pandemic, more than 10,000 people have died.