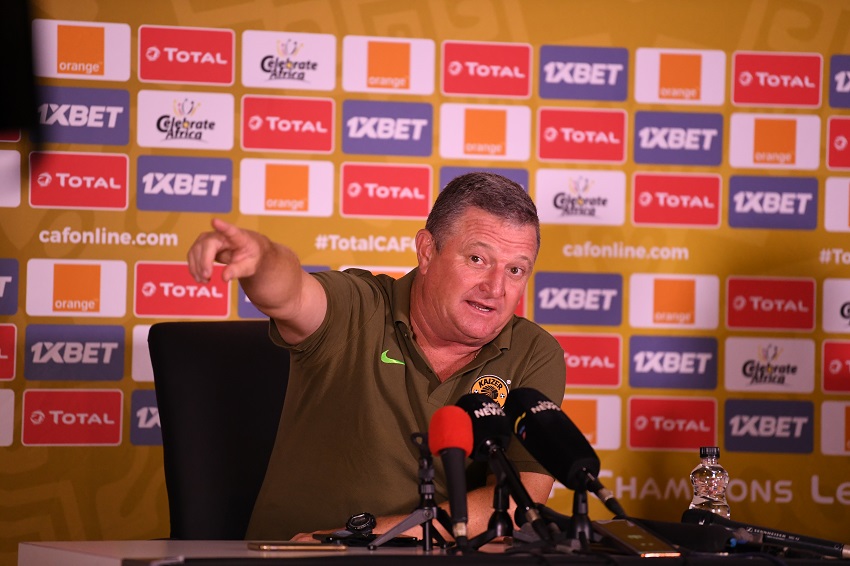 Kaizer Chiefs coach Gavin Hunt has promised nothing less than a well-prepared team who show maximum commitment when they meet Simba FC in the Soweto giants’ historic first leg of their first Caf Champions League quarterfinal on Saturday.

Chiefs had never reached a group stage of Africa’s premier continental competition before this year’s competition.

If the history of the occasion at FNB Stadium (kickoff 6pm) were not enough motivation for the players‚ perhaps a march to the club’s headquarters by supporters in a protest organised via social media will serve as a reminder that Amakhosi’s long-suffering fans deserve some joy.

Chiefs are in the midst of their sixth season without silverware‚ and in the DStv Premiership are in a woeful 10th place‚ with every chance of ending lower than their two worst finishes of ninth.

The Champions League has been a silver lining to a dark cloud season.

Hunt was asked‚ given the events of Friday morning and the fan protest where a memorandum of grievances was handed to Chiefs’ management‚ what message he had for  Chiefs’ fans regarding the quarterfinal, he replied: “Well‚ that the team is prepared‚ the team is organised. As I said even on Wednesday night [after a 1-1 home draw against Swallows FC on Wednesday] I can’t fault the players. They gave me their all.”

Amakhosi’s coach said: “That’s the most important thing. That if there’s anyone cutting corners I’ll be the first one to say it.

“But they’re not‚ they’re working hard and sometimes you need a bounce of a ball and you’ve got to get through these periods. That’s all we can do.

“The team will be prepared‚ everybody is committed‚ and that’s all we can promise. We’ll give a good‚ committed performance.”

One of the players most maligned by supporters has been the veteran striker converted by Hunt to a midfielder, Bernard Parker.

The 35-year-old said Chiefs are well aware Tanzanian outfit Simba – who beat Pitso Mosimane’s Al Ahly 1-0 at home and ended above the crack Egyptian outfit in Group A – are a classy combination.

“We’ve watched a few clips on how they approach their matches. They’re physical‚ they’re strong‚ they have got wingers who come inside.

“I don’t want to give too much away‚ but they are a very good side. They’re well organised and they are also direct.

“We’ve played in difficult games throughout this competition so it’s nothing new. It’s for us to stick together and be the best we can be.”

Chiefs finished second on nine points to Morocco’s Wydad Casablanca in Group C‚ ahead of Horoya of Guinea (nine points) and Angola’s Petro de Luanda (one).