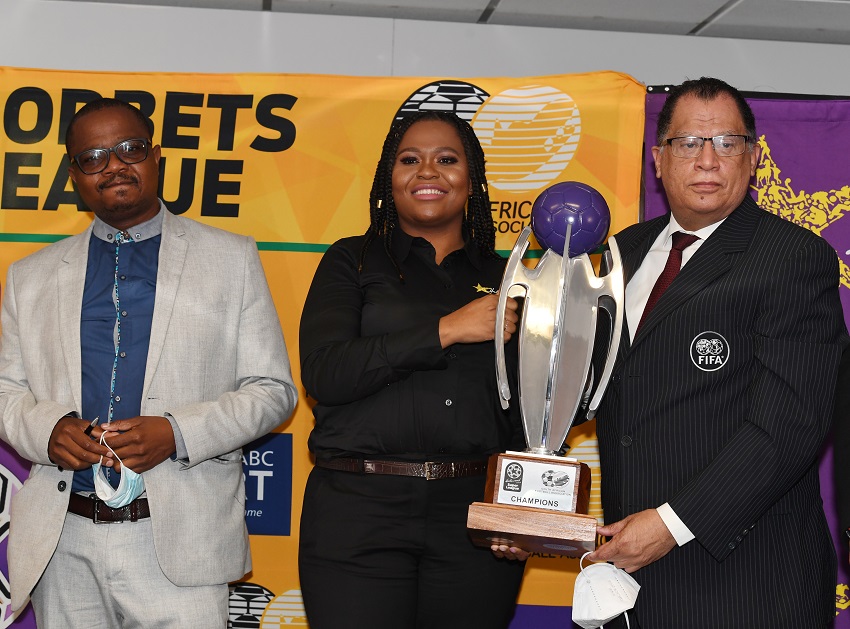 South African Football Association (Safa) president Danny Jordaan says he wants the Hollywoodbets Super League to grow commercially‚ and for it to play a part in women’s football in the country becoming “among the best in the world”.

Jordaan admitted at the official launch of the league at Safa House in Nasrec‚ Johannesburg, on Tuesday that the R17m sponsorship from Hollywoodbets does not mean the players of the 14 teams can become full-time professionals yet. He said‚ though‚ that this should be the target for the near future.

The Super League will be the new name for the Safa National Women’s League (SNWL)‚ which was launched in August 2019. The inaugural 2019-20 SNWL season was funded to the tune of R10m by some of the last of the 2010 World Cup Legacy Trust money‚ and was won by Mamelodi Sundowns Ladies Football Club.

“What we needed was for this national league‚ which is going into its second season‚ to have a partner‚” Jordaan said.

“And we are very happy that we started the conversation with Hollywoodbets‚ and of course it was a long conversation. And for the first time for the history of football in this country we have a commercial partner for the national league in SA that will now be called the Hollywood Super League.

“Internationally you have the English Super League‚ in Spain it’s called the Women’s Super League‚ so we are following the world trend and calling this league ‘Super League’.

“And now that we are in line with what’s happening all over the world‚ that commercial partners come to join and invest money in the league ... we see a wonderful day for women’s football.

“But it’s just the beginning. This league must still grow‚ commercially‚ financially‚ and the rewards will come in the end. We have created this thing out of nothing and we are going to build it so that [SA] women’s football can rank among the best in the world.”

Safa CEO Tebogo Motlanthe revealed that the 2021 Super League prize money will total R5m. The winners receive R2m‚ the runners-up R1m‚ and each of the remaining 12 sides R150‚000 each.

SABC COO Ian Plaatjes said a Super League match will be televised every Sunday at 3pm.