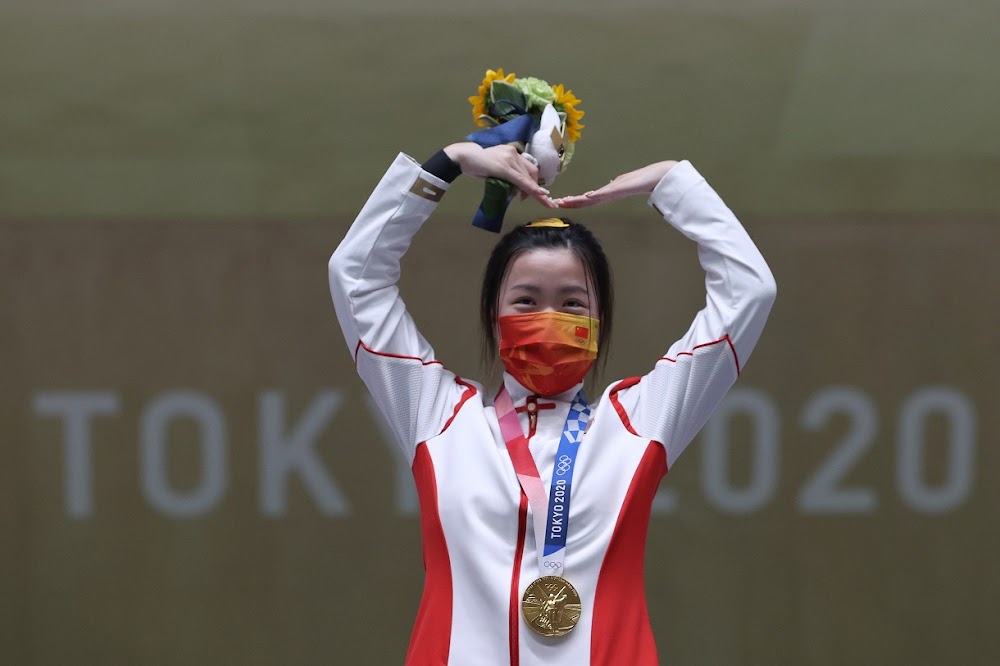 Tokyo — China’s Yang Qian won the first gold medal of the Tokyo Olympics on Saturday after prevailing in a battle of nerves with Russian Anastasiia Galashina in the women’s 10-metre rifle final.

Galashina barely made it to the final, grabbing the last of the eight qualifying slots, but was in pole position for gold until she cracked under the pressure.

That pressure also weighed heavily on South Korean shooting great Jin Jong-oh, whose quest for a record-extending fifth individual Olympic gold fell short when he failed to qualify for the final of the men’s 10m air pistol.

Javad Foroughi comfortably beat an elite field to win gold, Iran’s first ever shooting medal, with a Games record total of 244.8 in the final.

Foroughi said he was able to maintain his composure in the final because he had stumbled in qualification but still made it through.

“That’s why I was relaxed during the final because in the qualification round I was so nervous and still did well,” he said.

In the women’s rifle final, Galashina’s hopes were dashed by her last shot of 8.9, which was the lowest of any competitor in the final, leaving her on a total of 251.1.

Yang was not immune to the pressure at the Asaka Shooting Range either but her below-par final shot of 9.8 was still enough to snatch the gold with an Olympic record total of 251.8.

In the stands, supporters and team mates watched the nail-biting women’s final, cheering to the rock music piped into the venue.

Norwegian Jeanette Hegg Duestad had set an Olympic qualifying record of 632.9 to reach the final but finished just outside the medals.