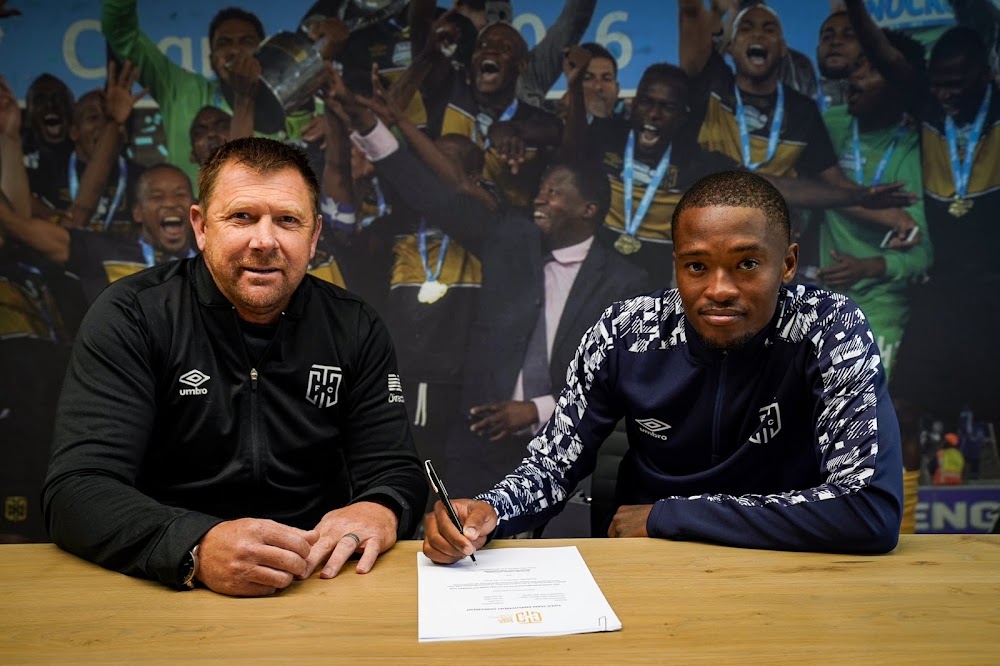 Cape Town City have announced the signing of midfielder Katlego Mokhuoane on a four-year deal.

Mokhuoane said on Monday he was happy with his decision and cannot wait for the start of the new premiership season.

“I am very happy to join the club. It is a big team with big expectations.

“I am excited and looking forward to the new season. I am glad I am here with the coaches‚ with the staff welcoming me. I appreciate the opportunity to play for such a big club,” he said.

Mokhuoane said he hopes to help his new employers win trophies in the coming campaign.

“I am hoping to win trophies because that is the reason I am here.”

The Mother City club have been building quietly ahead of the coming season under coach Eric Tinkler‚ who himself signed a four-year contract when he assumed the reins in May in the previous season.

The 26-year-old Mokhuoane has joined from lower tier Free State Stars and is one of the new faces at the Citizens who include Bafana Bafana goalkeeper Darren Keet and former Maritzburg United goalkeeper Bongani Mpandle.