Cape Town City and Orlando Pirates cancel each other out 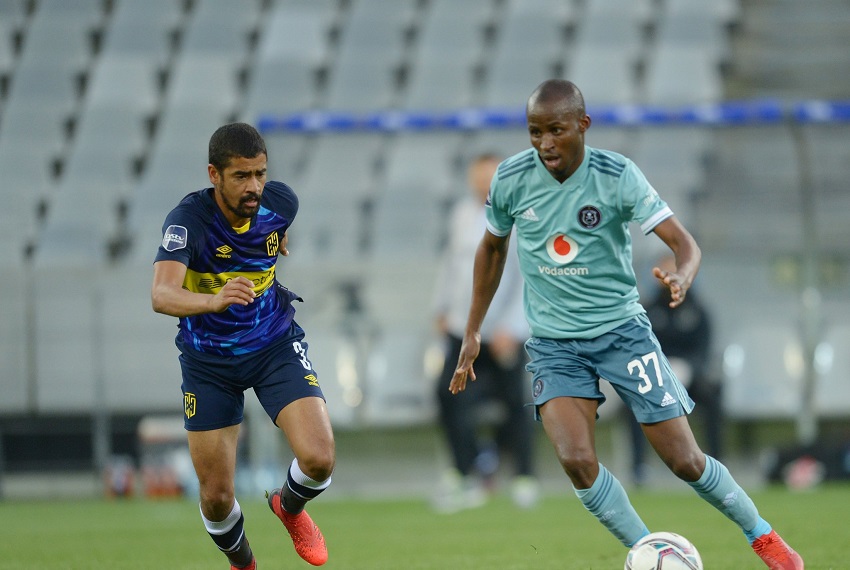 Two strong teams putting in a solid shift also cancelled each other out on the scoreboard‚ Happy Jele’s 13th-minute strike for Pirates matched by Mduduzi Mdantsane’s 54th-minute penalty.

Pirates edged the first half‚ but City‚ easily dominant in the second half and‚ on balance of chances might have felt they could have taken the three points on another night.

Both sides had their chances in an opening half where play was shaded by Pirates. Bucs took one of their opportunities for a goal’s lead by the break.

A corner by Vincent Pule was cleared and worked by Pirates back to the winger still lurking on the left who had time and space to put in an accurate cross. Jele‚ up for the set piece‚ was not picked up ghosting between the centrebacks and got in ahead of goalkeeper Hugo Marques to bury his header.

City equalised early in a second half they dominated. Nigerian midfield substitute Abdul Ajagun‚ on for centreback Fasika Idumba at the break as City coach Eric Tinkler switched from three centrebacks seeking an equaliser‚ crossed from the right over the head of Terrence Mashego in the box.

Mdantsane took the loose ball‚ cut in and shot onto the arm of Pirates’ debutant Nigerian central defender Olisa Ndah‚ as referee Zakhele Siwela pointed to the spot. Mdantsane struck into the top-left corner.