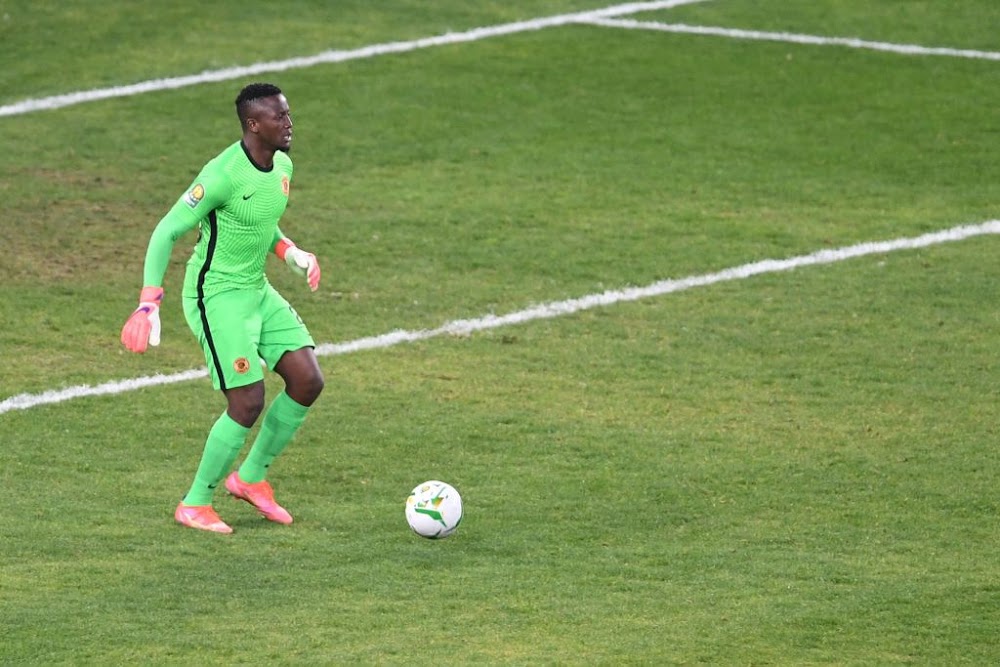 Kaizer Chiefs have been inactive for two weeks while their Caf Champions League semi-final opponents Wydad Casablanca have continued playing, but that factor can work both ways, says Amakhosi goalkeeper Bruce Bvuma.

Chiefs meet Wydad in the first leg of the semi-final at Stade Mohammed V in Casablanca on Saturday night (8pm in Morocco, 9pm SA time). Amakhosi last played in their final DStv Premiership game of 2020-21, a 1-0 win against TS Galaxy at Mbombela Stadium, on June 5.

With Morocco’s top-flight Botola still having three matches to complete the season, Wydad won 5-3 away against Hassania Agadir on Sunday and meet Renaissance Zemamra at home on Wednesday night. They have a big match away to RSB Berkane on Wednesday next week, ahead of the second leg against Chiefs at FNB Stadium on June 26.

While the 2017 Champions League winners will have more match practice than the clear underdogs in the semifinal tie, Chiefs, aiming to spring a surprise, will be fresh, Bvuma pointed out.

“For me it’s 50/50. On our side we are well rested,” the goalkeeper – enjoying a rare run of game time while Itumeleng Khune has been injured, and keeping Daniel Akpeyi on the bench – said ahead of Amakhosi’s departure on Wednesday.

“We played a while ago and we’ve had a week or two to prepare for this one. Mentally and physically we are fresh, and I feel like we’ll be ready for them.

“Yes, they have been playing, which is good for them. But for me it’s 50/50 because anything can happen, like injuries and you can get tired from playing.”

Wydad put four past Chiefs in neutral Burkina Faso in the group stage. Amakhosi, who ended second to the Moroccan outfit in Group C, won the return match with nine men. Wydad, though, having reached the quarter-finals, brought a second-string team to Johannesburg and without coach Faouzi Benzarti, who was receiving his Covid-19 vaccination.

“We know them very well, we played them in the group stages, so I feel that’s good for us,” Bvuma said.

“We’ve been working very hard on defending, and we know their strengths and weaknesses.”

Caretaker-coaches Arthur Zwane and Dillon Sheppard will take charge of the semi on the bench for Chiefs while new head coach Stuart Baxter awaits his work permit. Baxter and new head of technical Molefi Ntseki left with Chiefs on Wednesday as part of the brains trust in the travelling party to Casablanca.