Boks restore pride with last-gasp win over the All Blacks 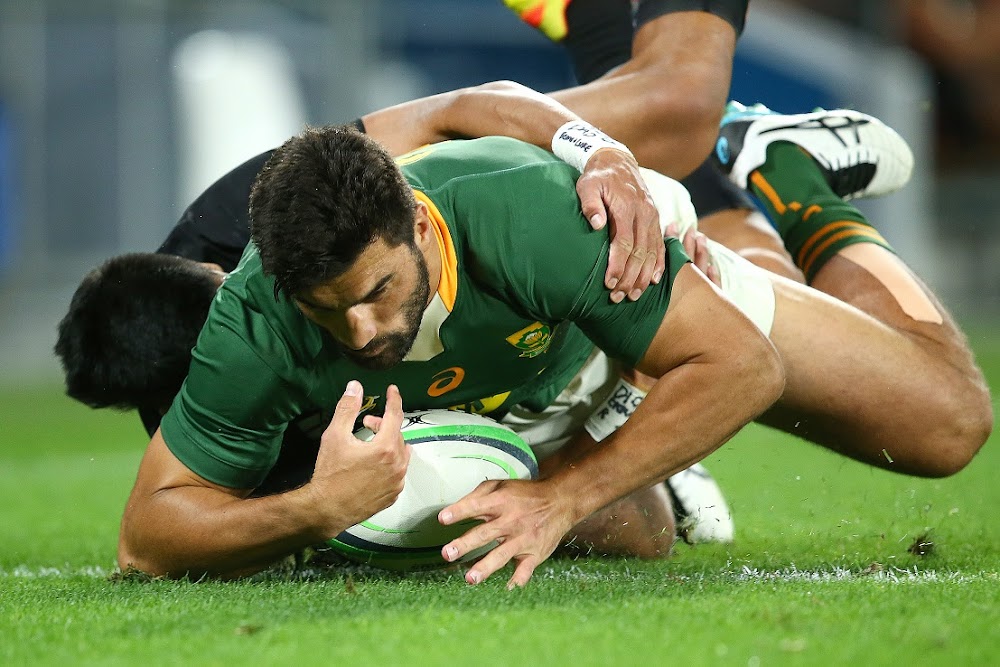 South Africa restored some pride with a last-gasp 31-29 win over rivals New Zealand in their absorbing and see-saw Rugby Championship clash at Cbus Super Stadium in Gold Coast, Australia on Saturday.

The All Blacks led 29-28 in the dying minutes but substitute kicker Elton Jantjies stepped up to convert his second penalty in front of the poles to add to his crucial drop goal minutes earlier.

With this dead rubber win, the Springboks registered their first and only victory on this overseas leg of the tournament where they lost two matches to Australia, and to New Zealand last weekend.

South Africa scored the first try of the match through Daman de Allende after a stunning move that included an exquisite offload by Lukhanyo Am to Sbu Nkosi in the build-up.

Handrè Pollard failed to convert to add to his earlier penalty miss and moments later Jordie Barrett put the All Blacks on the scoreboard for the first time in the game with a penalty.

Pollard, who scored 12 points from four penalties, finally found the middle of the poles with his first penalty after 12 minutes.

The Boks conceded a needless try that was scored by Sevu Reece after they benefited from an elementary mistake by the experienced Willie le Roux, who failed to collect what looked like a regulation catch.

SA retook the lead through Pollard’s second penalty after Akira Ioane was caught offside but the All Blacks went in front again with their second try a few minutes later through captain Ardie Savea, as they started to control the tempo of the match.

It got worse minutes later as Brad Weber dived over the line after the Boks lost their own five-metre line-out and the half ended with Pollard’s third successful penalty to narrow the score to six points.

The Boks started the second half with a penalty from Pollard to reduce New Zealand’s lead to three points and they later registered their second try through Makazole Mapimpi, which was unconverted.

Elton Jantjies, who replaced Sbu Nkosi, made his presence felt with his first penalty of the match shortly after his arrival on the pitch and New Zealand got their first point of the second half in the 67th minute from Jordie Barrett’s second penalty.

In the closing stages it became a kicking game with Barrett giving the All Blacks a one-point lead with his third penalty of the match and Jantjies responding with a drop goal moments later.

Jordie Barrett gave New Zealand a one-point lead but Jantjies put away the winning penalty with what turned out to be last kick of the match.