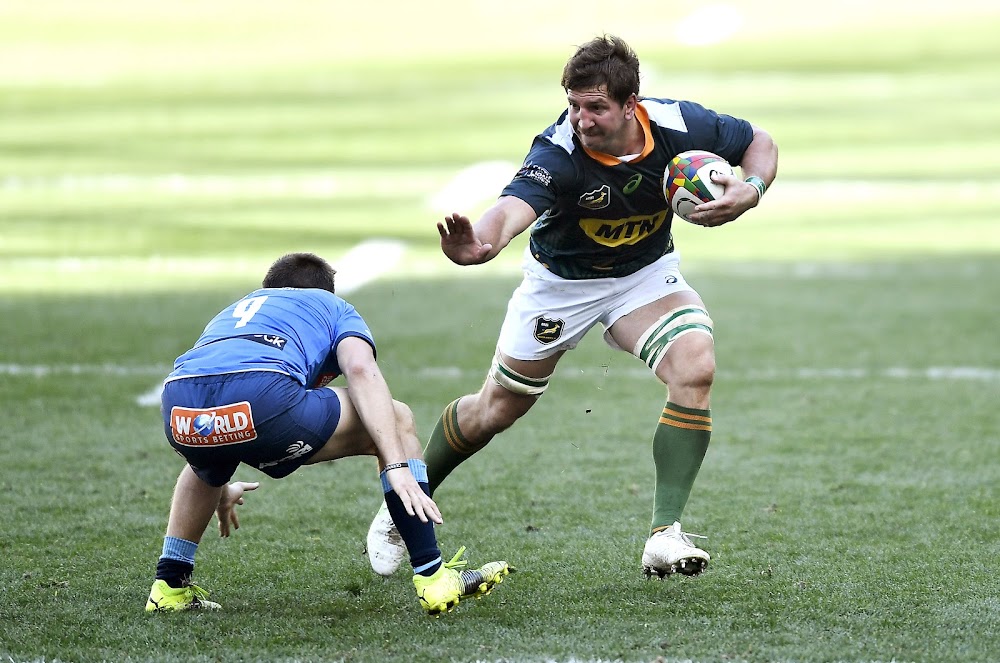 It may seem an inopportune time to do so ahead of their landmark 100th Test against the All Blacks in Townsville on Saturday, but the Springboks are on a soul-searching exercise in northern Queensland.

So far did they drift last weekend in their 30-17 defeat at the hands of the Wallabies it must have felt like an out-of-body experience, so this week has become one of rediscovery.

“We asked what our soul is and what we do as South Africans,” said coach Jacques Nienaber about the way they have addressed the second of their back-to-back defeats to the Wallabies.

Though he didn't say so, it would appear the Bok brains trust misread their Aussie counterparts' intentions last weekend. Australia too drifted from script but unlike the Boks, they were able to warm to their new challenge.

Australia beat us at our own game

“Australia beat us at our own game,” conceded Nienaber. “They kicked a lot more. They made 70 passes in the whole game. They changed completely to what they did against France and New Zealand. We got caught up in that. We had a good look at that.”

Nienaber feels his team carried the ball far too much and that they should revert to the pressure points with which they are more familiar.

“We played double the amount Australia did. Certainly we should play (attack) when it's on. I think we pushed it when it was not on,” said Nienaber.

It perhaps doesn't tally entirely with that narrative, but the Boks have opted to call on the ball-playing skills and speed of Kwagga Smith, at the expense of the more direct Franco Mostert for this weekend's clash against the old foe.

“We did this purely to give 'Sous' (Mostert) a break. He's played 80 minutes after 80 minutes. Kwagga brought nice energy, he is versatile and a guy that we trust. It gives the option of bringing Sous on at blindside or lock,” explained the coach.

Elsewhere in the pack, as expected, Lood de Jager reclaims the No.5 jersey from Marvin Orie but wing Cheslin Kolbe still counts among the injured.

On the bench there is no Jasper Wiese, who at the time the team was selected was yet to face a disciplinary hearing into his shoulder charge late in last Saturday's game.

Boks ran out of time and left out Wiese

The Boks only have one more training session outside their Captain's Run and it was felt they need to go this one without Wiese. The loose forward's absence gives scope for a reconfigured bench. This week the Bomb Squad are unplugged as Elton Jantjies and Frans Steyn are added as backs on the bench.

Some may raise an eyebrow at Jantjies' inclusion over Morne Steyn but it was his deft touches that helped earn the Boks a rare win in Wellington in 2018.

That 36-34 win was achieved on the back of successive Rugby Championship defeats to Argentina and Australia and the Boks face a similar Everest this weekend.

Nienaber admits the heat is on but not in the way you may say. “The pressure is on us but we look at ourselves first. Where did we go wrong and what can you do better? That's how we are. We're in it together. We are willing to talk openly and honestly.

“That is probably the worst criticism,” admitted the coach. “We tell each other what we say. I'm not on social media. You must worry when people stop criticising then they don't care for the Boks any more.”

'I am embarrassed,' says Rashford as he asks for forgiveness from Man Utd's faithfuls

Chiefs coach Baxter to the critics: 'I wouldn't criticise a brain surgeon on social media'