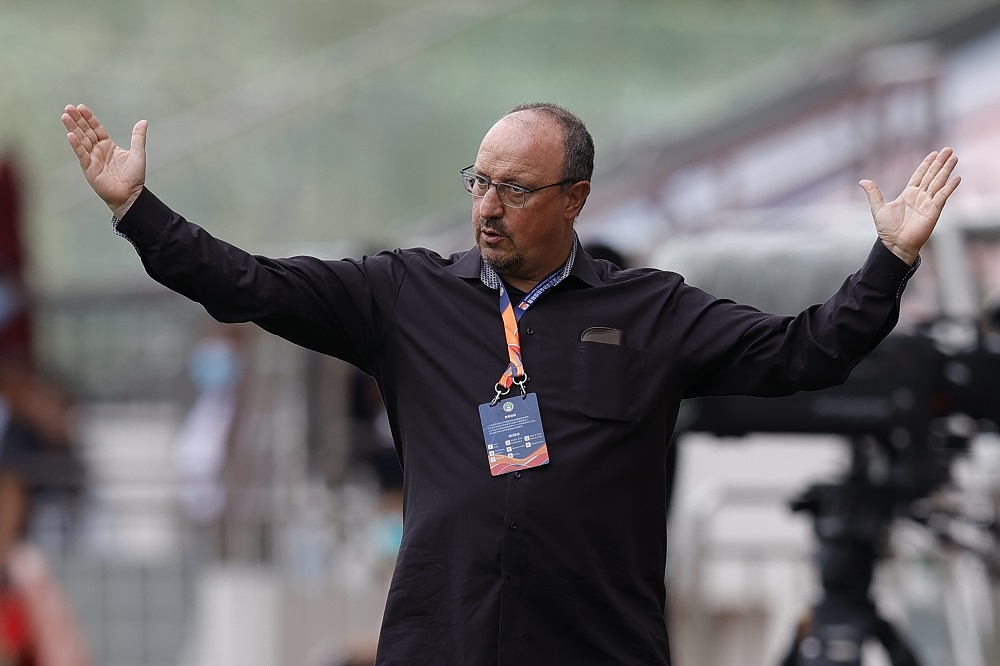 Everton manager Rafa Benitez and Leicester City boss Brendan Rodgers distanced themselves from rumours linking them to the Newcastle United job after the Premier League club was purchased by a Saudi Arabia-led consortium last week.

Steve Bruce's future at Newcastle was in doubt after the takeover but the club said earlier on Friday that he would remain in charge for Sunday's game against Tottenham Hotspur, which would be his 1,000th in charge as a manager.

Benitez, who managed Newcastle between 2016-19 and led them to Premier League promotion in his first full season in charge, remains a fan favourite at St James' Park but insisted he would stay at Everton, having joined the club this summer.

"I have a great relationship with the fans at Newcastle and with the city, so I don't think it is fair to talk too much about it," Benitez told reporters on Friday.

"From day one, when I was talking to the board here, they didn't need to worry about that because I decided to stay here, I am really happy.

"It's just (a case) of trying to improve everything I can here. I am the Everton manager now, I am focused on that and I wish (Newcastle) all the best."

Rodgers, who swapped Celtic for Leicester midway through the 2018-19 season, said he was "100%" committed to the club, adding that media speculation about Newcastle's managerial situation was unhelpful for all parties involved.

"I've got a contract until 2025, I absolutely love being here. I'm very fortunate, I've got a great chief executive and a director of football and a group of players I enjoy working with," Rodgers said.

"We have a structure here that allows us to compete... I've seen the reports around it. It doesn't help anyone, particularly Steve and Newcastle.

"It's the type of week I don't like in the modern game. We are trying to work hard but the speculation can destabilise players and supporters. I've been in the game long enough to focus on my role."