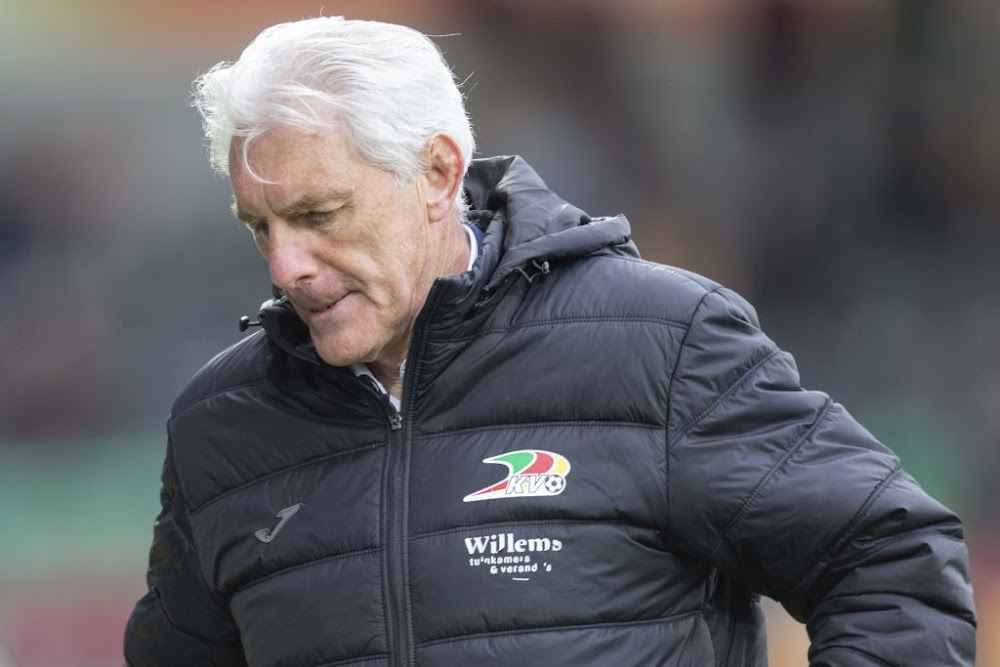 Broos (69) arrives with an impressive CV‚ most notably having won league titles in Belgium with Club Brugge twice and once with Anderlecht‚ and led Cameroon to the 2017 Africa Cup of Nations title.

The announcement was made at the SA Broadcasting Corporation's (SABC) Radio Park in Auckland Park.

Broos’s name is believed to have been one of five that Safa’s technical committee confirmed as their shortlist to an NEC meeting on April 24.

Safa‚ sources had revealed‚ approached both Queiroz and McCarthy in recent weeks‚ but the association was unable to meet demands from both regarding the fellow technical staff they wanted the association to appoint.

We speak with four sports journalists to try figure out how the mighty Bafana Bafana who won the Africa Cup of Nations in 1996 went on to being ranked 75th in the world in 2021.

Broos‚ who had expressed an interest in the Bafana job‚ and who had confirmed to TimesLIVE on Tuesday night that he had been contacted by Safa‚ is not believed to have made such demands regarding his technical staff.

Broos replaces Molefi Ntseki‚ who Safa said was released from his contract as Bafana head coach on March 31‚ after the national team’s failure to qualify for the 2021 Africa Cup of Nations.

Since then his career has taken him to Panserraikos in Greece‚ Trabzonspor in Turkey‚ Al Jazira in United Arab Emirates‚ JS Kabylie and NA Hussein Dey in Algeria‚ and then Cameroon from 2016 to 2017.

Most recently he was sports director, then caretaker-manager of Oostende‚ where Mamelodi Sundowns star Andile Jali played until 2018‚ in Belgium between 2018 and 2019.

Broos was sacked as coach of the Indomitable Lions by the Cameroonian Football Federation (Fecafoot) in December 2017‚ 10 months after he led them to their fifth Africa Cup of Nations title in Gabon that year‚ reportedly over pay issues.

They had progressed through the group stage with a win and two draws‚ then beat Senegal on penalties in the quarterfinals‚ and Ghana 2-0 in the semis.

Having coached in North and West Africa on the continent‚ Broos will have an adjustment to make to a different playing style and mental approach in South Africa.

He also must undergo a quick crash course on SA football and the players he has available as Bafana’s 2022 Qatar World Cup group stage qualification campaign begins with the match against Zimbabwe in Harare on the weekend of June 5 to 6.