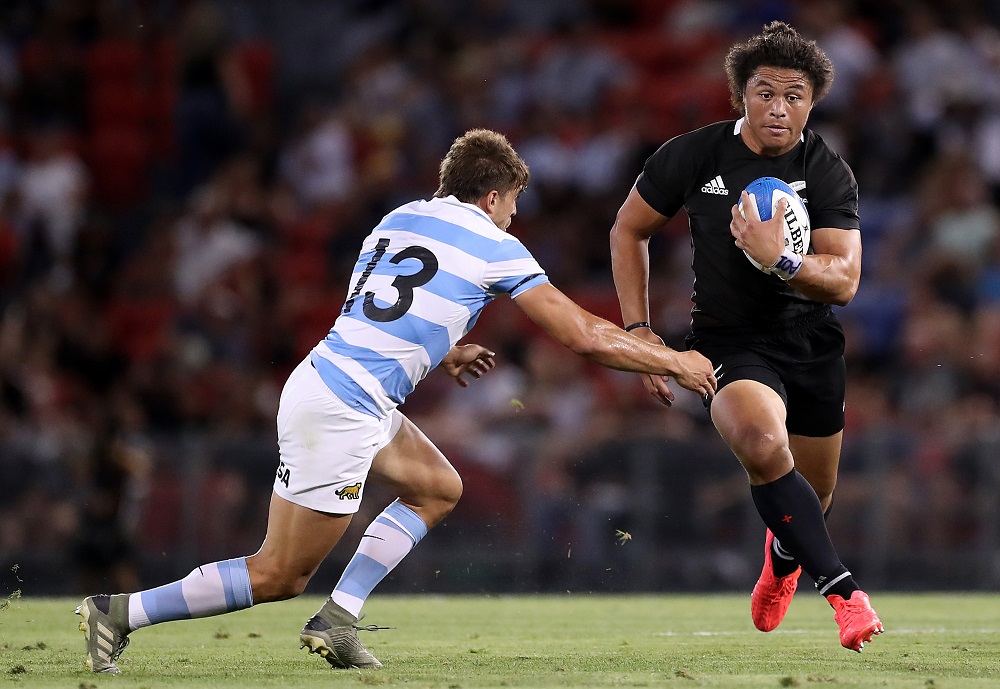 All Blacks winger Caleb Clarke, who lit up international rugby with an eye-catching debut season last year, has put his hand up for selection in New Zealand's Olympic sevens squad for the Tokyo Olympic Games.

Auckland Blues winger Clarke and the Chiefs outside back Nanai-Seturo return to the programme after an aborted bid last year when the Games were postponed due to the Covid-19 pandemic.

"Both players have played for the team as recently as last season so, yeah, we’re really excited to have them both back," New Zealand sevens coach Clark Laidlaw told Reuters on Monday.

"If we didn’t think they could do it, or weren’t confident that they could, we wouldn’t have asked them to come back at this late stage.

"So we’re really confident that we can get them back up to speed and glad to have them stick their hand up for selection."

Clarke followed his father Eroni into the All Blacks last year after a strong domestic season with the Auckland Blues and earned immediate comparisons with the late Jonah Lomu as he burst through defences with power and speed.

Clarke and Nanai-Seturo will hope to impress Olympic selectors in matches against Australia's sevens team next week before another Oceania-based tournament against Australia and Fiji slated for late-June in north Queensland state.

Laidlaw had hoped Wellington Hurricanes' Salesi Rayasi might also join the Olympic bid but the winger confirmed last week he would stick to Super Rugby ahead of the upcoming Trans-Tasman competition against Australian teams.

"Going to the Olympics would be a once-in-a-lifetime opportunity so I'm looking forward to get back into training and putting my best foot forward," said Clarke.

With the Olympics rugby sevens tournament set to begin on July 26, Clarke will miss the start of the All Blacks' international season.

The All Blacks are scheduled to host two tests against Italy and one against Fiji in July but may end up playing only Pacific opponents with the Italians expected to pull out of the tour due to the pandemic, New Zealand media reported.

Laidlaw said Clarke and Nanai-Seturo would need to get their heads around New Zealand's tactical playbook and whip themselves into shape for an Olympic tournament in which the finalists play six matches in three days.

"We’ve got 76 days or whatever it is until we play. There will be enough time for them to get that intensity back into their legs, from the physical side," he said.

"It’s really getting used to that density of matches — the shorter periods between matches.

"They’ve got some hard days ahead of them, I guess, to get back into that sevens intensity."