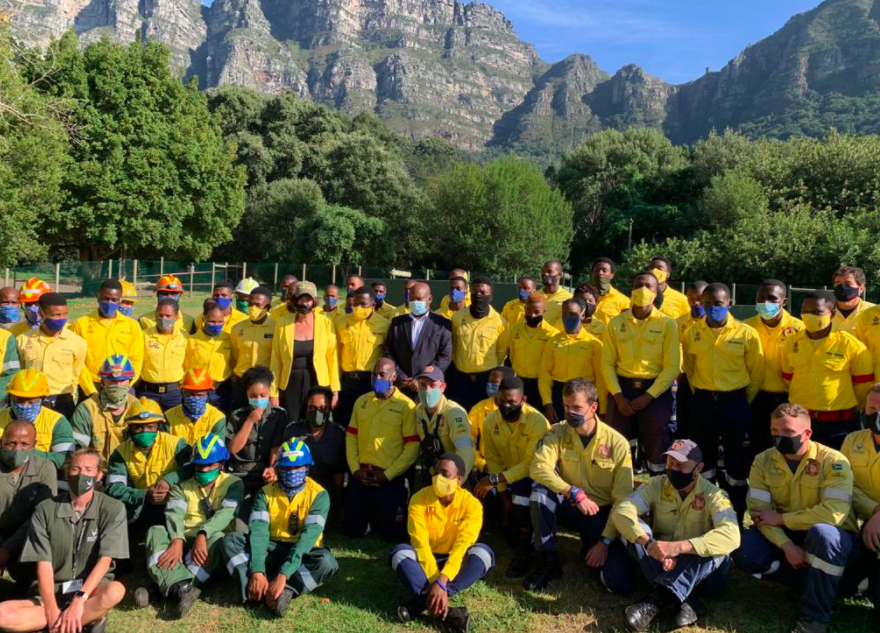 Minister of forestry, fisheries, and environment Barbara Creecy has thanked firefighters for their bravery during the Cape Town fires which have now been contained.

Creecy visited the Table Mountain National Park (TMNP) over the weekend to determine the extent of damage caused by last week's fires.

More than 600 hectares on Table Mountain were destroyed by the blaze. It also destroyed the University of Cape Town’s (UCT) Jagger Library and Mostert’s Mill among other heritage sites.

Speaking during her visit, Creecy thanked the firefighters and rangers for their efforts in fighting the fires.

“Bravery, our late president Nelson Mandela told us, is not the absence of fear, but the ability to overcome fear at the time when we need you to overcome that fear,” she said.

Creecy also appreciated the training and discipline which goes into being a firefighter, saying without appropriate training it would have not been “possible to draw on strength and reserves”.

Out of the hundreds of firefighters who responded to the fires, four were injured.

“Those who were injured, I am told, have recovered from their injuries and are back at their stations. That is a tribute to the training of these firefighters,” said Creecy.

Minister of @environmentza Barbara Creecy thanked firefighters for their bravery shown in fighting the blaze in the #CapeTownFires that took place earlier this week. Minister Creecy also applauded their discipline and training. #WOF_WC@TableMountainNP pic.twitter.com/KRnuYJmSzc

On Friday, TMNP manager Frans van Rooyen said permitted recreational activities in the reopened areas will continue as before, including hiking and dog walking.

“Permitted recreational activities in the reopened areas mentioned below will continue as before, including hiking and dog walking, with visitors kindly requested to remain on demarcated footpaths and to be mindful of rules pertaining to keeping dogs under control,” Van Rooyen said.

Van Rooyen said in the interest of the safety and the sensitivity of certain areas after the fires, some areas will remain closed until further notice.

“This will allow the rangers an opportunity to resume with the rehabilitation work, including tree cutting and footpath maintenance.”

Closed areas include the following: