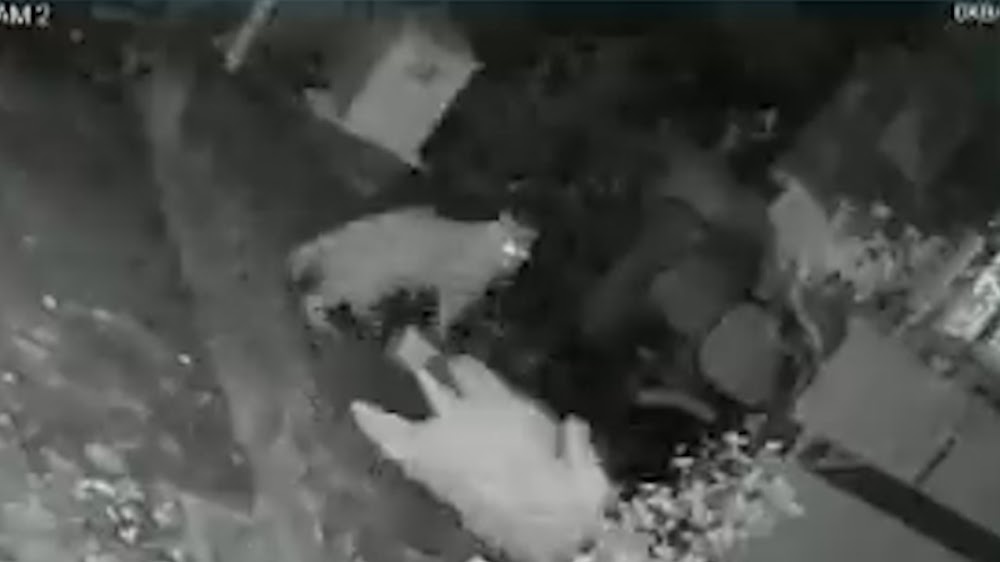 What started for an elderly woman as just getting a bit of fresh air ended in a fight for her life when she was attacked by a leopard.

The event took place in Aarey Milk Colony in Mumbai on Wednesday and the elderly woman is OK - thanks to her trusty walking stick.

According to local newspapers, a leopard has been attacking people in the village for a few weeks. Reports are sketchy but the villagers claim the same animal has attacked a number of residents.

The Indian Express news service reported that “forest officials” are in agreement.

According to the online daily, Nirmaladevi Rambadan Singh was attacked when she went to sit outside her home at 7.45pm.

Luckily the incident was caught on CCTV, otherwise it could be too strange to believe.

The footage shows the curious leopard entering the yard. It looks around and something catches its attention. The leopard stretches to have a look.

Meanwhile Singh, with her walking stick in hand, shuffles outside and takes a seat on the veranda.

She is mere metres from the leopard who crouches down. The animal is concealed by darkness and Singh is non the wiser. Until a creep and a pounce - and the leopard is on her.

But quick-thinking Singh reaches for her walking stick and whacks the big cat off her.

By the time her family comes outside the creature is nowhere to be found.

The video has been watched by many and other news sources say there could have been as many as six other incidences at the Aarey Milk Colony.