WATCH | 'Keep fighting, my love' — husband on 'serenading' his wife outside hospital 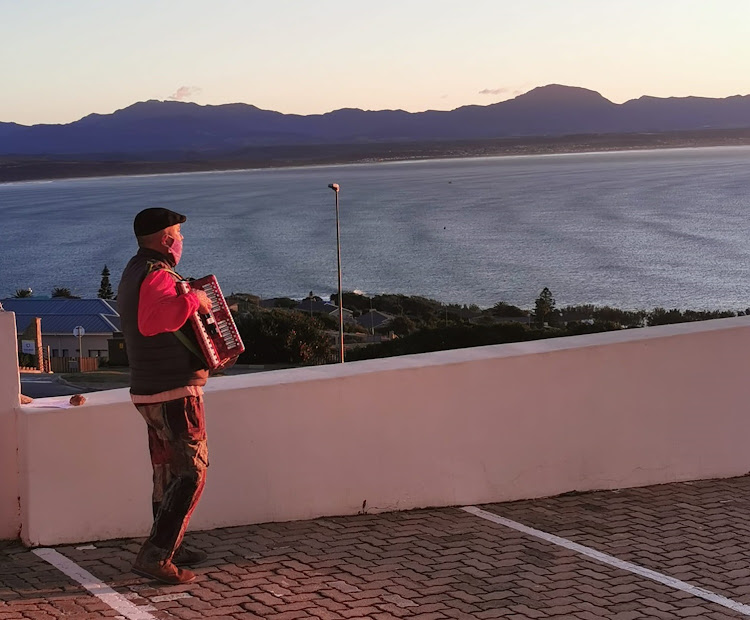 As the loneliness kicked in and communication became difficult, Lukas du Preez knew the only way to let his wife Marinda know she needed to fight harder in hospital was through his music and the gospel songs she adored.

Du Preez, who lives in George, in the Western Cape, told TimesLIVE on Friday morning that his wife was admitted to hospital with Covid-19 shortly after a trip to Cape Town.

The couple had gone to the Mother City three weeks ago to receive their vaccinations.

“We came back on a high and thought that we are now OK and then four days later she started getting fevers and became ill.

“I first tried treating her at home but her coughing became worse and her oxygen levels started dropping. I realised that I couldn’t just leave it like this and had to take her to hospital.”

Du Preez said his wife tested positive for Covid-19 and was admitted at the Life Bay View private hospital in Mossel Bay.

But the separation and life at home for Du Preez, who has been married to his wife for more than 40 years, became challenging.

“We are very close and do everything together. Suddenly she was gone and I couldn’t communicate with her because she had an oxygen mask on in hospital.

“I couldn’t see her, I couldn’t speak to her, it was terrible,” he said.

After two weeks of brainstorming on how to get some sort of communication across, Du Preez came up with an idea and said he instantly knew that his accordion and his music would touch her heartstrings.

“The only way I thought I could do that was through my accordion, because if she heard me playing and heard the music, especially gospel songs, she would know it is me and that could inspire her to continue to fight.”

Du Preez said he approached the staff at the hospital on Wednesday morning and asked if he could play some music for his wife and went as close as possible to the Covid-19 ward she was in.

“She didn’t know that I was coming and when I started playing she immediately recognised it, because I had three missed calls from her on my cellphone while I was playing.

“The nurses told me it had a tremendous impact on the other patients and the staff. I realised that for me it might have been a small act of kindness, but for others it meant a lot.”

After the positive response from the nurses and staff at the hospital, Du Preez said he returned to the hospital on Friday morning and played a few songs.

He said his wife was in a stable condition and was getting better each day.

Du Preez said he was overwhelmed by the response his act of kindness received.

“I have been playing the accordion since I was a child and never really had professional training, it is just out of love for it. I suppose it is a God-given talent, but our dear God used this accordion beautifully.

“People from across the country and even from New Zealand and Australia have phoned me and told me that they are praying.”