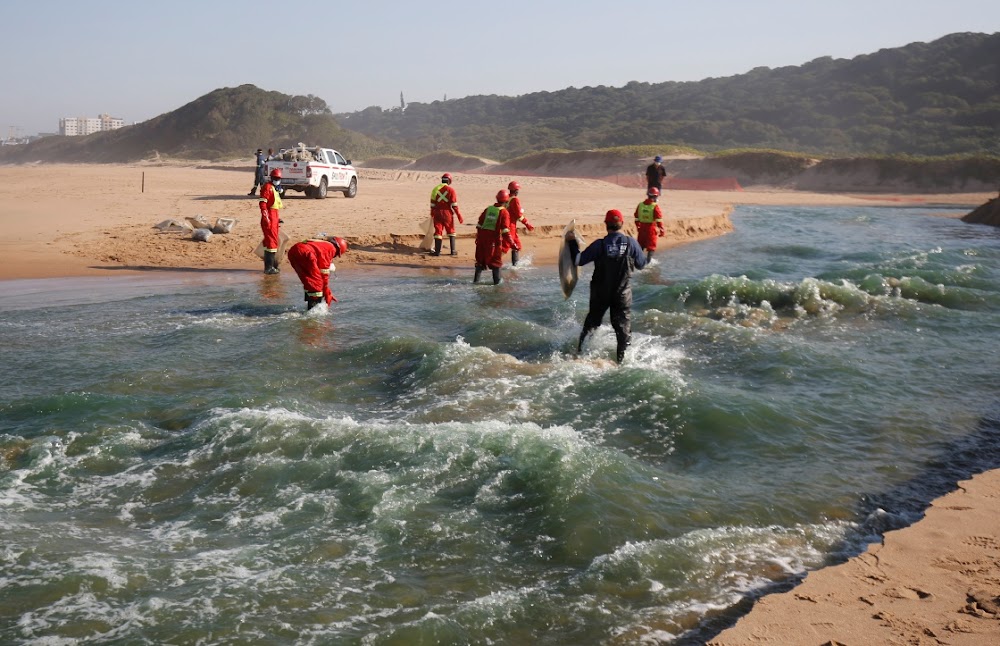 Authorities said on Friday around 1,600 chemicals were stored at a warehouse of India's UPL Ltd in KwaZulu-Natal when it was razed during violent looting last week, causing potentially harmful air emissions and a greenish-tinged effluent to seep into a protected lagoon.

The warehouse was one of hundreds of businesses attacked and looted in KwaZulu-Natal and Gauteng in some of the worst violence in the postapartheid era, sparked by the jailing of former president Jacob Zuma on July 7 for contempt of court.

First noticed in the early hours of July 13, the fire was only completely doused by 5pm on Thursday, officials at KwaZulu-Natal's environmental affairs department said, as tonnes of dead fish were collected in the vicinity of Umhlanga lagoon and beach.

“The nature of chemicals ... are highly hazardous. Those kinds of chemicals should not be disposed of at our landfill sites without prior consent,” said Siphumelele Nowele, chief director of environmental management in the KwaZulu-Natal provincial government.

“We can all confirm the damage is quite considerable and it is going to take time to deal with it completely,” Nowele said, adding that besides marine life, there were also biodiversity and fresh water systems at stake. Several beaches have been closed as a result of the spill.

A spokesperson for UPL's local unit did not immediately respond to a request for comment. A company statement on July 19 confirmed the presence in the warehouse of a number of pesticides and fungicides which could cause skin, eye and respiratory irritation.

“The situation is being closely monitored and to date, no cases of acute human toxicity have been reported,” the company said at the time.

Local councillor Rory Macpherson told Reuters that when the warehouse fire started a large plume of acrid smoke was visible, before greenish-bluish effluent was noticed seeping into a river tributary that fed the Umhlanga lagoon and Indian Ocean.

“This has absolutely annihilated all forms of marine life, everything from worms to crabs to all the wonderful fish. There is no marine life left, zero in the lagoon and river tributary,” he said of a stream that runs next to an informal settlement.