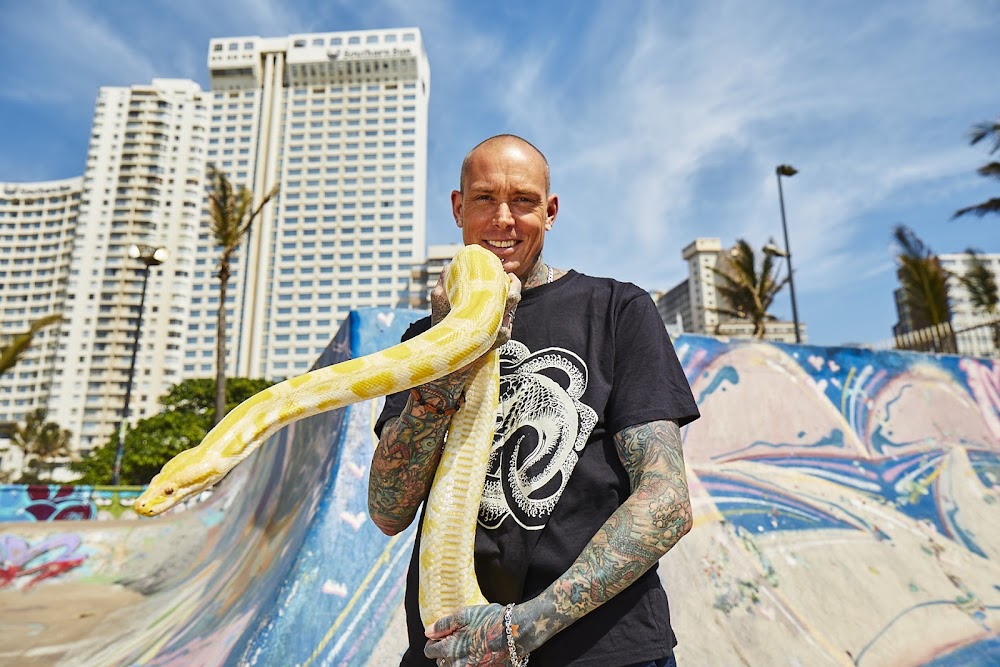 If you're living in the greater Durban area, chances are you will encounter a slithery friend, but instead of fearing snakes, experts say we should embrace them — because they're everywhere.

Still going strong after seven years on air, the National Geographic Wild TV series Snakes in the City has been filming all spring in the KwaZulu-Natal coastal area.

Snake catchers Simon Keys and Siouxsie Gillett are the stars of the show which works to educate the audience to help save snakes from human harm.

The duo say human interaction with snakes is more worrisome than actually dealing with dangerous snakes and part of their mission is to try to “convert” people by allaying fears and dispelling myths about snakes.

“It’s called ophidiophobia,” Keys explained. “It’s quite remarkable that people living in this lush tropical climate aren’t aware of how many snakes they are literally living next to. Yet when faced with a snake in their garden, home or workplace, they’re petrified out of their wits. We have to empathise with them and try to help them to get over this fear.”

Gillett continued: “Much has been written about this fear of snakes. Some say our fear is evolutionary — since time began we’ve been taught to avoid them as one or two species could possibly kill you.

“We see the bad rap they get in everything from cultural myths and beliefs, to children’s stories and even in film. That brave, adventuring character Indiana Jones got all icky when faced with a tomb full of them. Parents also play a role in passing this fear down the generations.

“Snakes aren’t cuddly or fluffy. People often assume that a snake's skin is slimy — which pushes them further down the likable scale.”

The pair use snake catching as an opportunity to let clients touch and interact with the reptiles.

“It’s truly remarkable seeing the realisation that these creatures are quite beautiful and for the most part just want to keep to themselves.”

“In reality most snakes are not dangerous, and are doing far more good than bad in our ecosystems. They are an important part of the food chain — snakes for example are able to control rat populations very efficiently.

“People often kill snakes in reaction to this fear, but this is devastating to ecosystems and the environment — every creature and plant has a role to play on this planet, and so people should be thinking more holistically.”

Keys said the recent rains have led to a lot more water which means there are a lot more frogs breeding.

“Because of this, snake activity increases because there’s more food, and therefore more human encounters,” he said.

The snake catchers advise residents to keep their eyes open and to lose their fear.

“Snakes will always try to avoid you first. But they are more active when it's warm and wet, so stay alert and watch where you walk,” Gillett said.

They warned that flooding also flushes snakes out of hiding places. People should be cautious around log piles, building rubble, old tyres, under houses or sheds, places where snakes could go to keep dry.

The duo say if a snake is encountered, their usefulness to the environment should be considered. Rather than killing them it is best to call the Snakes in the City team to capture and relocate snakes free of charge. Even better, the event could be used in a future episode of their TV series.

i-ACT checks the vaccine cards of commuters in Quezon City

The Earth’s Core is Cooling Faster Than Previously Expected