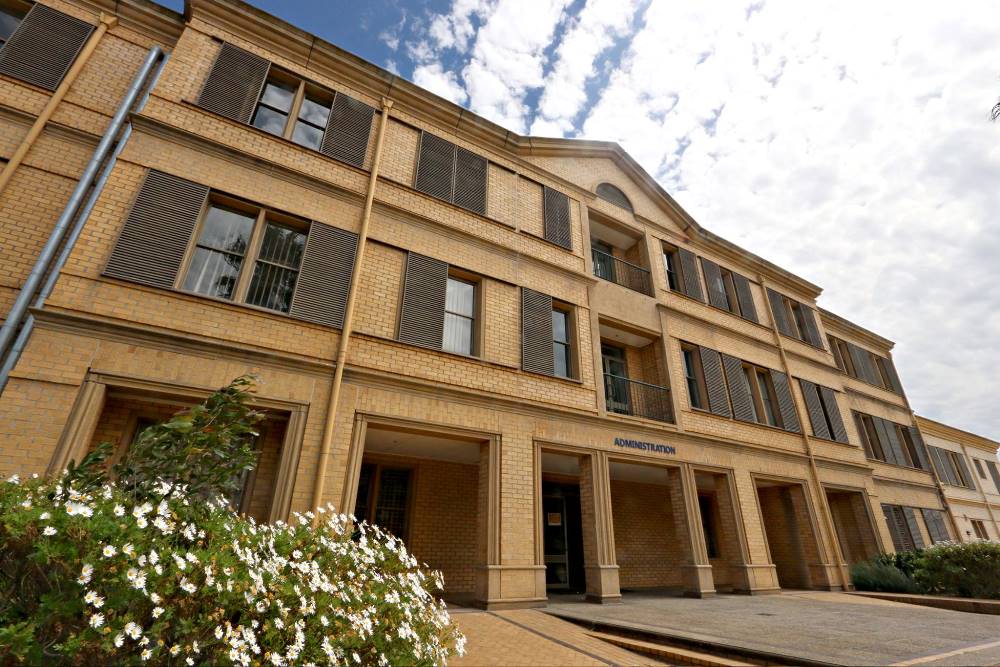 A labour dispute between the Cape Peninsula University of Technology (CPUT) and one of its erstwhile top employees has aired the institution’s dirty linen.

The protracted labour court battle between CPUT and its former executive director in the office of the vice-chancellor, Octavia Mkhabela, has revealed how the institution’s top echelons disagreed about the security strategy to quell the #FeesMustFall unrest in 2016.

One of the issues that got Mkhabela hot under the collar was a suggestion by deputy-vice chancellor: knowledge information technologies services Prof Louie Fourie that dogs be used to stop the unrest. Mkhabela then fired a series of questions including “how could we in 2016 be talking of the security strategies of 1976?”

The explosive details are contained in a judgment handed down by the labour appeal court on Monday. CPUT appealed against an earlier decision of the labour court which awarded Mkhabela “an amount equivalent to 13 months of her salary”.

Mkhabela was requested to act in the position of executive director: human capital portfolio and commenced her duties in this position on July 1 2016. She hauled her former employer to court, accusing the institution of constructive dismissal.

She traced the impasse to a 2016 meeting held at the Sanlam Centre where management discussed how to contain “considerable unrest on the campus” linked to #FeesMustFall when she objected to Fourie’s strategy.

I felt abused and harassed by Professor Fourie and given the time of his behaviour I cannot but attribute this to the acting vice-chancellor as it never manifested in the previous regime.

“According to [Mkhabela], her comments enraged Fourie who ‘came to me like a raging bull pointing at me and gesticulating and the acting vice-chancellor [Prof John Volmink] sat there and did nothing. This harassing trend on the part of Prof Fourie continued unabated and he continued to behave as the anointed chief barking instructions and interfering with the HC (human capital) portfolio that has nothing to do with him. I felt abused and harassed by Prof Fourie and given the time of his behaviour I cannot but attribute this to the acting vice-chancellor as it never manifested in the previous regime’,” the judgment reads.

Mkhabela  testified that as “Fourie moved aggressively towards her, she had to push her head backwards in order to prevent his finger from reaching her forehead. She considered that she was now working in a hostile environment and had been degraded by this experience.”

Following the meeting, Mkhabela wrote a report titled “Situation that makes managing human capital portfolio unbearable” and directed it to the acting chair of council and Volmink.

“Apart from documenting her experience at the Sanlam meeting, she also referred to the difficulty which she encountered in executing the duties of the human capital portfolio ‘due to the tendency of the acting vice-chancellor to make decisions without any consultation or reference to policy’,” the judgment reads.

“She also complained that a whole range of matters which concerned employees represented by Nehawu had been dealt with by the acting vice-chancellor without any notification to her, as the officer responsible for human capital, and that no attempt was made by Prof Volmink to involve her in issues which fell within the scope of her human capital portfolio.

“She also noted that ‘I have on numerous occasions raised the issue of full financial impact of insourcing and this has been ignored and I have heard in various council subcommittees that insourcing is going to be within contract costs. From the HC perspective that is not feasible as the insourced workers would have to progressively enjoy the same benefits as everyone else’.”

Mkhabela also referred to a letter that Fourie sent to staff and student union representatives in May 2017. The letter reads: “It is with a deep concern in my heart that I am writing this email. Over the past few months it has become incredibly difficult for the committee to make any progress, especially because Dr Octavia Mkhabela does not agree with the insourcing process and does not recognise the RRTT or subcommittee as legitimate structures of CPUT. This has led to numerous disappointments, slowing of the process, lack of co-operation and even conflict.

“The latest development was her recent refusal to recognise my leadership of the management insourcing team as nominated at the insourcing workshop or to report to me in this regard. In the light of the above I thus hereby request you as VC and the RRTT to appoint a new chair of the RRTT insourcing committee as I do not see my way forward to continue in this capacity under these negative and hostile circumstances that is putting CPUT at serious risk.”

Mkhabela told the labour court that she believed Fourie’s email “set the stage for the attack on her on July 24 2017” at an emergency meeting called because of the unrest on the campus.

“Students then gained entry to the meeting and when she looked at her mobile phone a student said ‘are you taking pictures?’ The students had become increasingly aggressive, particularly when they were asking ‘which one is Mkhabela’,” the judgment reads.

She resigned from her job in October 2017.

“I returned to CPUT with a great deal of trepidation following personal attacks on my person, both figuratively and literally as a result of malicious rumours spread about me that led to the events of July 24 2017. I believe this could have been avoided, had council not chosen to ignore my grievance. My stay in the institution in the past 6 weeks has proven to be detrimental to my safety and psychological and emotional wellbeing. I therefore have no choice but to tender my resignation with immediate effect,” her resignation letter read.

In June 2020, labour court judge Hilary Rabkin-Naicker found that Mkhabela had been “subjected to unfair discrimination” and that “an award of compensation was justified”.

“It is not necessary to deal with the issues of whether the email was the proximate cause of the harassment in determining the unfair discrimination claim. The applicant was harassed in the boardroom and in the building that day. She was singled out and was the target of threatening behaviour by students and workers on that day, Rabkin-Naicker said in her judgment.

“On the court’s finding above, she was also the subject of harassment at the Sanlam meeting. This harassment was directed at her because of her views on the policy direction the university was taking which was not being undertaken in line with the precepts governing the institution. It seems to me that this arbitrary ground of discrimination on which she relies is palpably one that can be understood as one which has attributes which can demean the dignity of an individual. Experiencing harassment for her views, in the academic environment can be seen as an aggravating factor.”