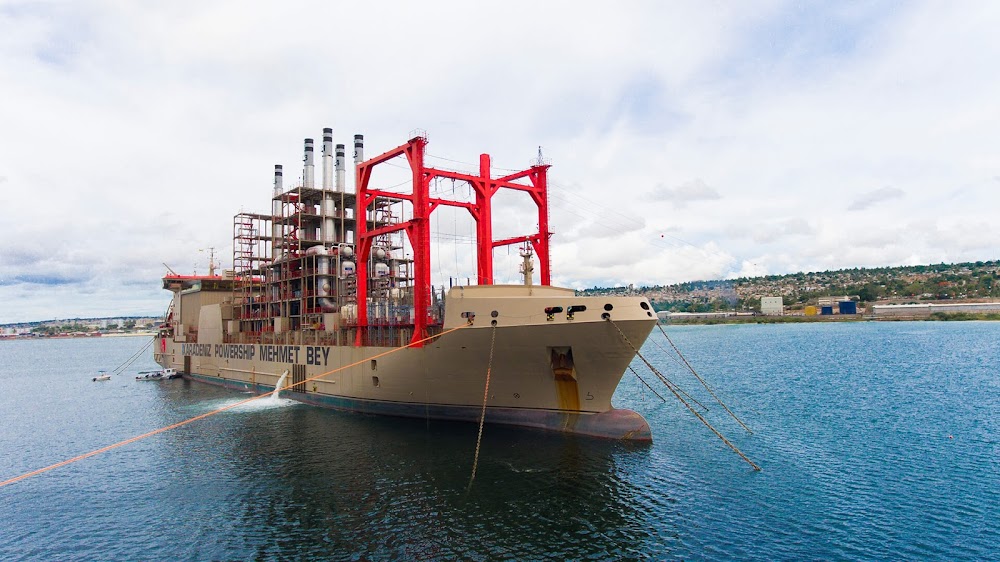 SA’s plans to tap emergency power from vessel-based plants faces another potential snag, with business groups questioning whether proper processes are being followed to establish the necessary infrastructure.

The government in March selected Turkey’s Karpowership as a preferred bidder to supply about 1,220 megawatts of electricity, a contract worth an estimated R218bn over two decades. It will require floating storage and regasification units to be moored in the Richards Bay, Ngqura and Saldanha Bay ports and the construction of pipelines and terminal facilities to bring the gas ashore.

Legal firm Bowmans, which was contracted by lobby group Business Leadership SA to evaluate whether approval from the Transnet National Ports Authority would be compliant with the law, identified possible shortcomings in the process.

Licensing legislation requires the authority to follow a “fair, equitable, competitive and cost-effective” procedure when establishing any port infrastructure, which would normally be accompanied by a full tender process, Bowmans said in a copy of its legal opinion seen by Bloomberg. While the legal firm was informed that the port authority plans to obtain a directive from the transport minister enabling it to bypass the requirement, it said neither the harbour authority nor the minister had the requisite powers to do that.

One possible solution would be to change the law to permit the port authority to act on a ministerial directive, but doing so could attract a constitutional challenge, according to Bowmans. Allowing the Karpowership projects to proceed and defending them in court based on an interpretation of the existing rules was considered “a high-risk strategy, which would stand a good chance of failing,” it said.

Busi Mavuso, BLSA’s CEO, confirmed that her organisation had sought Bowmans’s opinion but declined to comment on the details. Ayanda Mantshongo, the port authority’s manager of corporate affairs, didn’t answer calls to her cellphone.

Karpowership said while it was unaware of the legal opinion, it had engaged with the port authorities after its selection as a preferred bidder and it was working through the technical specifications. Clarity was being awaited from the transport ministry on securing a determination that will allow the work to proceed, it said in a written response to questions.

SA’s economy has been hobbled by electricity shortages for more than a decade, including this week, and any delays to the government’s emergency procurement programme would exacerbate the problem. Its choice of Karpowership as a preferred bidder has already been challenged in court by DNG Energy, which says the selection process was unlawful and it should get the contract instead.

Karpowership, a unit of the Karadeniz Energy Group, maintained that it won the contract fairly. The state also rejected DNG’s allegations in court papers it filed in response to the case.

Business Unity SA, another business lobby group, said it was aware that the approach followed in approving the liquefied natural gas infrastructure in the ports posed a legal risk.

“BUSA remains concerned that this will again cause a delay in finalising these contracts and prevent this much-needed power from coming online,” Cas Coovadia, the group’s CEO, said in a May 19 letter to Thabo Mokoena, the director-general of the department of mineral resources & energy.

“This will have dire consequences on the confidence levels of international investors and foreign direct investment with the concomitant impacts on SA’s already strained economy and development,” Coovadia said.

Separately, the Green Connection, a non-profit environmental organisation, said it has filed a complaint with the environment ministry because it says the underwater noise associated with the plant will disrupt sea life and fishing in Saldanha Bay.

Bloomberg News. For more articles like this please visit Bloomberg.com.