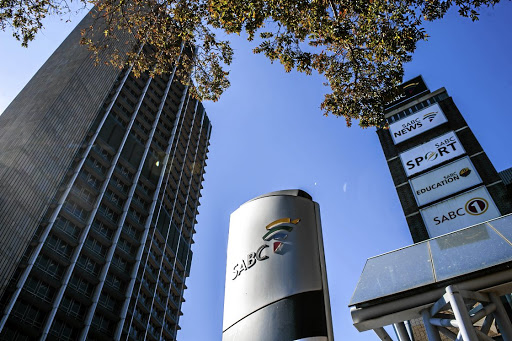 Mabote, who anchors the current affairs show Media and Society, which airs between 9am and 10am on Sundays on DStv channel 404, was suspended in August after a complaint by a female member of the production team.

The woman accused Mabote, a former Metro FM talk show host, of touching her inappropriately in the run-up to the show on August 15. In August, TimesLIVE reported on emails written by SABC bosses suspending Mabote. The public broadcaster’s head honchos barred Mabote from showing up for duty until the probe into his alleged misconduct is completed.

“In the wake of the complaint that I have received and the sensitivity of the matter, I have taken a decision that you may not report for duty at Media and Society with immediate effect until further notice. This includes all engagements regarding Media and Society that are scheduled this week. We shall engage the services of a stand-in presenter until the finalisation of the matter.

“We are due to discuss the matter and or incident during the coming week and we shall communicate the outcomes soonest. May I assure you that the matter is receiving urgent attention,” wrote SABC news and current affairs editor Mlungisi Shivamba.

TimesLIVE has been reliably informed that the SABC has lifted Mabote’s suspension.

“Please be advised that the alleged incident will be subject to an investigation, which will determine the future handling of the complaint,” SABC head of legal services advocate Ntuthuzelo Vanara wrote to Mabote’s lawyers on Monday.

“In the meantime, the purported ‘suspension’ of your client is lifted, and the subsequent termination of the independent contract withdrawn. Further, your client will be paid his fees from date of suspension until September 19 2021.”

Vanara said Mabote’s show will be on hold until after the local government elections.

“Business has advised that all weekend shows, including Vital Signs and Media & Society, are off air on the SABC News channel until a week after the local government elections, due to the need to focus on the coverage of the upcoming local government elections,” the letter reads. “Further details regarding the investigation and the future conduct of the complaint will follow from business in due course.”

Mabote welcomed the development on Saturday.

“I am grateful that the SABC leadership has rectified this injustice. I expected nothing less from a fair management. That said, for the hurt and harm done to my person, someone owes me an apology,” said Mabote.