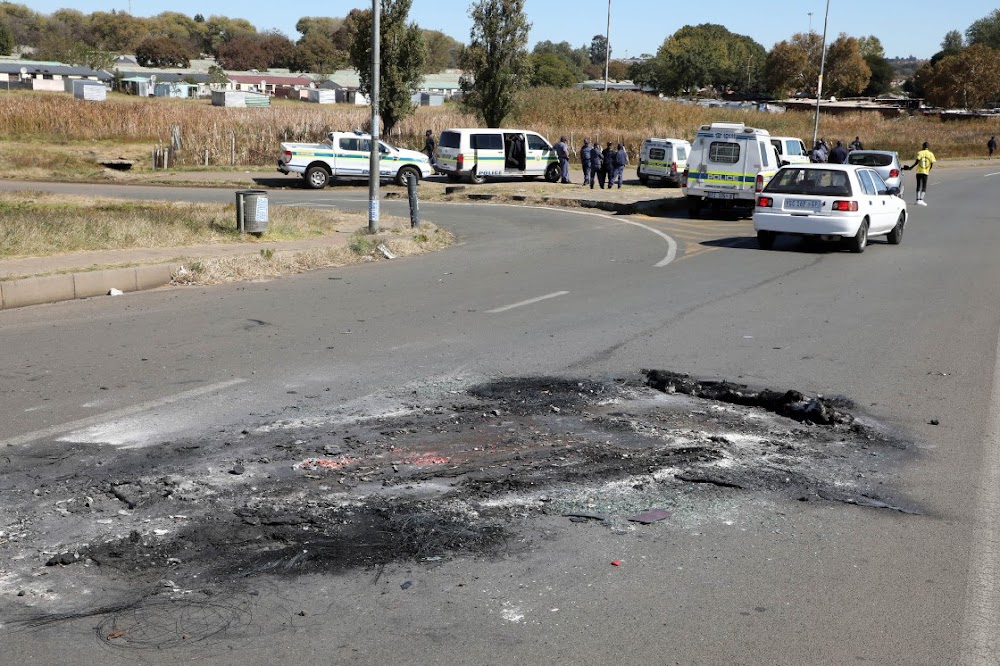 There have been no arrests yet after the violent gang-rape of a 45-year-old woman during a service protest in Klipspruit, Soweto, on Saturday.

Under the cover of the darkness they were demonstrating against, three men — who were among a group of Nancefield Hostel dwellers protesting power outages — dragged a women from a vehicle and took turns raping her at gunpoint in the hostel.

Police spokesperson Brig Mathapelo Peters on Monday said there were no developments in the case.

Just before midnight on Saturday, residents of the hostel had blocked the Klipspruit Valley Road, setting fire to four vehicles and pelting others with stones, when the woman was attacked amid the chaos.

Peters, in a statement at the weekend, said a search was under way for the suspects while a team of investigators from family violence, child protection and sexual offences units were working on the case.

The woman was travelling with her sister and her sister’s boyfriend when their car was stopped by a group of about 15 suspects near the hostel.

“The victim was allegedly dragged by three suspects into an abandoned building inside the hostel precinct, where all three suspects reportedly took turns raping the victim at gunpoint. The suspects fled when a police vehicle approached the building.”

The protest allegedly began on Friday, when the hostel dwellers allegedly marched to Chris Hani informal settlement, blaming the residents for stealing copper cables which fed their area with electricity.

The hostel dwellers claimed they had no electricity for two weeks.

According to sister publication HeraldLIVE in 2019, a woman was also raped in June that year during a protest at Nancefield Hostel over electricity blackouts.

At the time, then SAPS spokesperson Lungelo Dlamini said residents of the hostel had barricaded Klipspruit Valley Road and pelted passing vehicles with stones just before midnight on a Saturday when the woman was attacked.