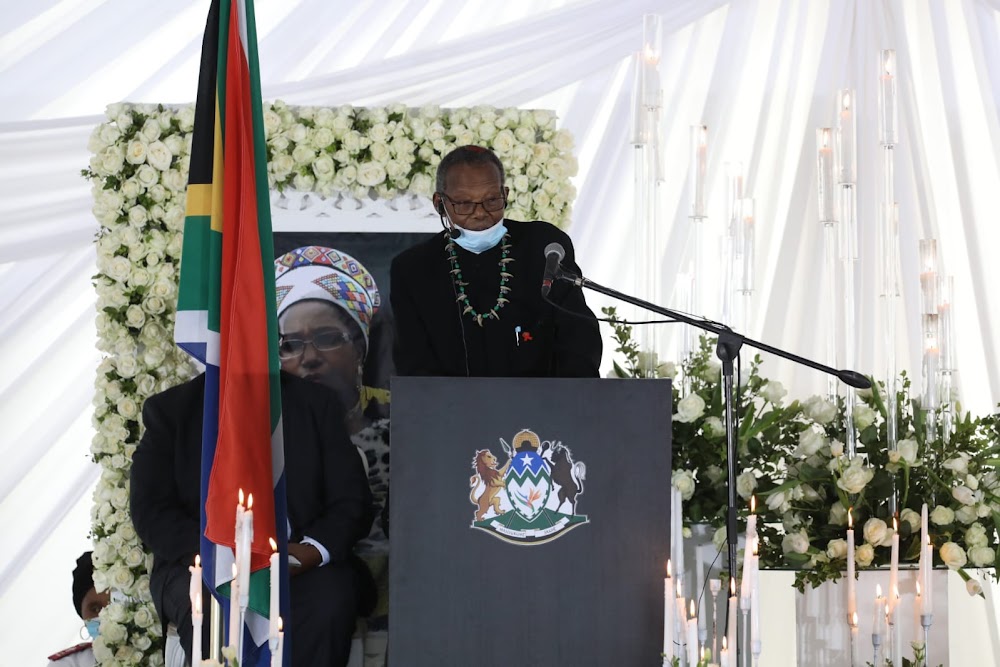 The Zulu royal family is likely to know the contents of the last will and testament of Queen Mantfombi Dlamini Zulu at 5pm on Friday.

Traditional prime minister for the Zulu nation Prince Mangosuthu Buthelezi announced at the podium, at the end of the official memorial service for the late queen that “I have been informed by advocate Madonsela senior counsel that the queen left a will".

“Madonsela is on her way [to KwaKhangela] I ask that the family finds a place to meet at 5pm in private. We will make an announcement later but I think a way forward will be charted once that is done, to hear what the Queen has left instructions on the way forward,” said Buthelezi.

He didn't elaborate which advocate Madonsela was handling the late royal's will.

It is unclear if the will has any bearing on the succession as her regency was also in the process of being interdicted during her death.

Earlier, the queen's daughter, Princess Bukhosibemvelo Zulu was in tears as she spoke of her mother and her last days alive.

"Today is a day I never thought would arise in my life. My mother has followed the man she loved and cherished dearly. What was I thinking to think that she will not remember him?

"I vividly remember the day we were allowed to visit Isilo as he lay motionless at the hospital. I saw my mother's eyes piercing through my dad's body as if she was asking him patiently to please wake up. I am a true testimony to the pain my mother experienced. Both my parents are now resting in peace. This will pass."

Princess Zulu said her mother was a "peace builder and conflict resolution champion".

"She was the mother of many children of the king, the royal house and the community. To honour her we must commit to spread the seed that she left," she said.

The princess spoke about her mother's sickness over the years and the support from all her children during this time.

"I remember the hundreds of nights sleeping by her bedside, on the floor or in the room adjacent, constantly waking up to check on her. I vividly remember her always looking at me with thought, showing her eyes, convincing me that she will be OK."

She said her mother had also been admitted to hospital after testing positive for Covid-19.