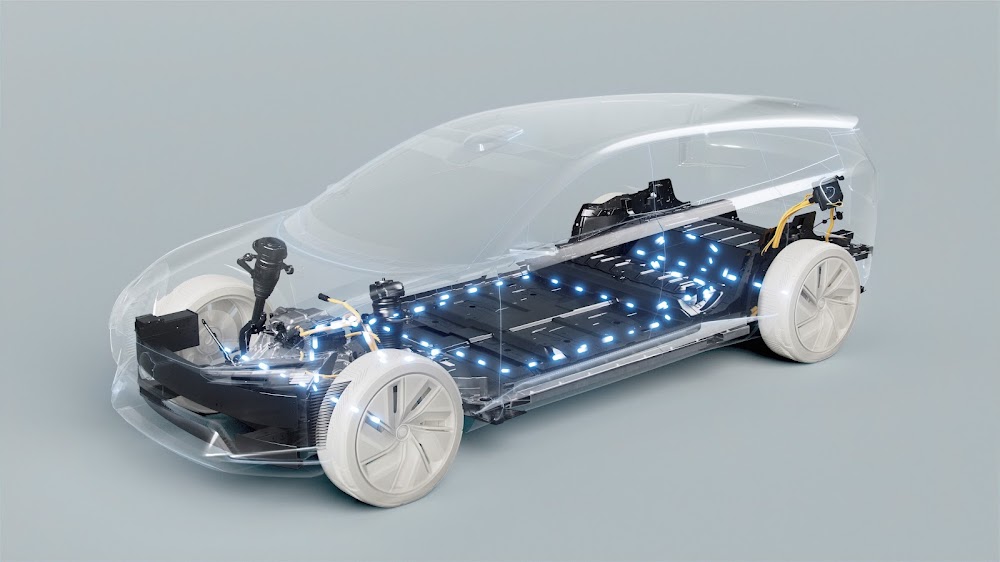 Automakers and battery manufacturers are racing to develop new electric-vehicle batteries that can reinforce body structures and open the door to breakthroughs in driving range.

What engineers call structural batteries hold the promise of lighter weight and greater energy efficiency - resulting in driving ranges between charges that are nearly double the 525km of a Tesla Model Y.

Geely's Volvo Cars in late June revealed a new structural battery design it is developing with Swedish battery maker Northvolt that Volvo said should deliver 965km or more of travel between charges.

Structural battery technology is in its infancy, and manufacturers have not settled on a standard approach.

One concept, called cell-to-pack or CTP, saves weight by eliminating the step of bundling individual battery cells into modules before final assembly into a large battery pack.

A year-old start-up called Our Next Energy (ONE), which has operated in stealth mode until now, is working on a dual battery that combines a structural cell-to-pack design with a second, high-energy pack that can recharge the first, potentially doubling vehicle range.

“We want to reinvent the battery completely,” said Mujeeb Ijaz, founder and CEO of the Novi, Michigan-based company. He added that his company's dual-pack design is safer and more sustainable because it uses no nickel or cobalt, key ingredients in many current EV batteries.

The latest structural batteries are being developed by automakers from Tesla Inc to General Motors Co and battery makers such as China’s BYD Co Ltd and CATL.

“If they have a brain, that’s the way to do it,” said Michigan-based consultant Sandy Munro. “It saves a lot of money and time and weight.”

There are many ways to design a structural battery. The research effort aimed at designing batteries that can reinforce a vehicle's body and chassis is going hand-in-hand with efforts to refine battery chemistry and reduce the cost of what goes inside the cells.

GM’s approach with its new Ultium battery starts with the basic building blocks - thin pouch-type battery cells, which are bundled into modules, then assembled into large packs. In the Hummer EV that is scheduled for launch later this year, the Ultium battery packs are installed in - and help stiffen - the vehicle’s chassis. This, in turn, improves ride and handling while reducing vibration and harshness, according to Josh Tavel, GM's executive chief engineer for battery electric trucks.

In China, BYD and CATL have developed advanced batteries that eliminate the middle step of modules, enabling cells to be assembled directly into large packs.

The cathodes in both companies’ battery cells use lithium iron phosphate (LFP), a chemistry whose basic materials are more plentiful, less expensive, less prone to fires, and less harmful to the environment than materials such as cobalt and nickel, which are more commonly used in EV battery cathodes.

LFP cells, however, do not store as much energy as nickel cobalt manganese (NCM) or nickel cobalt aluminium (NCA) cells, and so they provide significantly less driving range between charges. That means a vehicle would require a larger, heavier pack of lithium iron batteries to match the output of batteries using cobalt and nickel.

A new type of structural battery unveiled last September by Tesla CEO Elon Musk - expected initially to power the Model Y - bonds hundreds of large-format cylindrical cells together with structural adhesive, then sandwiches them between two metal sheets that are designed to attach to and help stiffen the body and chassis of the vehicle.

In comparison, ONE uses an array of metal-encased LFP battery cells called prismatics, bonded together in a pack with metal sides, top and bottom. The pack is then mounted in a vehicle chassis where it helps stiffen the vehicle structure.

Not everyone thinks the cell-to-pack approach is a good idea.

Tony Aquila, CEO of electric vehicle start-up Canoo Inc, said structural batteries make sense, but only if the cells are bundled first into modules. “It has to be modular to be able to be repaired,” he said.

Daniel Barel, CEO of Israeli EV start-up Ree, also believes cells should be bundled into modules for maximum flexibility. “Unless you build the modules directly into the chassis, it doesn't make sense,” he said.