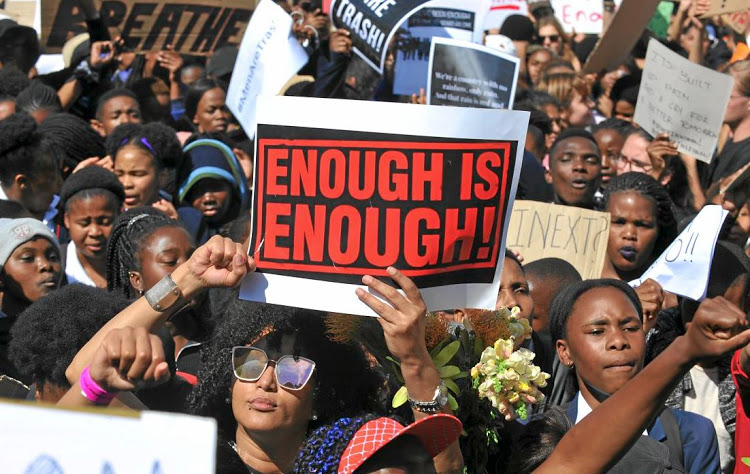 Kenya's president pledged millions of dollars in state funds on Friday to help tackle a surge in gender-based violence during the pandemic, outlining plans to open women's shelters across the country and improve policing.

"Lockdowns during the Covid-19 pandemic and the pandemic's social and economic impacts have increased exposure of women to physical, sexual and psychological violence, while at the same time limited their access to protective and recovery services," Kenyatta told a conference on gender equality.

"This is now a crisis that we must address as a matter of urgency. Ending gender-based violence remains central to the development agenda," he said, speaking by video link.

Kenya will invest $23 million by 2022 and a further $50 million by 2026 to help fight gender-based violence, vowing to establish shelters for victims across the country and boost police resources to handle gender crimes, he said.

Kenyatta's pledge comes ahead of UN Women's Generation Equality Forum in Paris in June, where countries are expected to make bold commitments towards achieving gender parity.

Across the world, violence against women increased during pandemic-related lockdowns.

Social and economic strains - compounded by strict limits on movement - have not only made women and girls more prone to physical and sexual violence, but also more vulnerable to sexual exploitation - particularly in developing countries like Kenya.

Women's rights groups - who have long campaigned for measures such as increased funding and shelters for survivors - welcomed the pledges made by Kenyatta, adding that they were willing to work with government to implement them.

"We're very excited about the commitments made, they are quite bold and reflect all the critical asks from civil society," said Judy Gitau, regional coordinator for Equality Now.

Gitau said the funding marked a vast improvement as the government's previous allocation for gender-based violence was "miniscule" at about 200 million Kenyan Shillings ($1.86 million).

This article was originally published by the Thomson Reuters Foundation, the charitable arm of Thomson Reuters, that covers the lives of people around the world who struggle to live freely or fairly.