'It is unacceptable': judge rebukes municipality over landfill fiasco 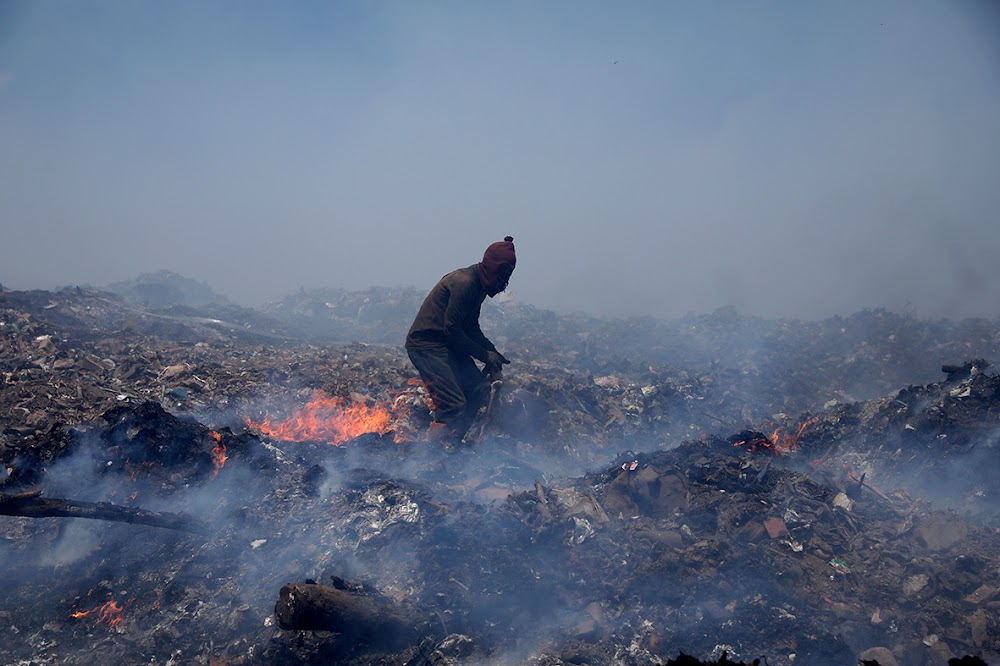 The Msunduzi municipality has been found to be in breach of a myriad of environmental laws, its waste management licence and constitutional duties to residents of Pietermaritzburg through its “abject failure” to properly run the New England Road landfill site.

Pietermaritzburg high court judge Rishi Seegobin has put it on terms to get its act in order and file an action plan within one month, spelling out what it is doing about it and, after that, to report back every 30 days on remedial steps.

The application was launched by the SA Human Rights Commission, after an investigation into the deterioration of the site, prompted by several fires which engulfed Pietermaritzburg in thick smoke and a “desperate cry for help” from residents.

It was seeking an order against the municipality regarding its alleged violation of the terms of its waste management licence, failure to comply with compliance notices issued by the provincial government and its “blatant failure” to comply with its constitutional duties and relevant environmental legislation.

The judge said the site was supposed to be used for the disposal of general waste only, including domestic, inert and garden waste and it also served the uMgungundlovu district municipality.

In terms of its licence, it must “manage waste in such a manner that it does not endanger health or the environment, or cause a nuisance through noise, odour or visual impacts”.

The commission, in its papers, sketched a long history of non-compliance dating back to 2000.

In 2015, officials from the provincial government did an on-site audit.

They noted that hazardous chemical containers, paint containers, whole tyres and motor oil containers had been dumped on the site; that people were living there, using stagnant contaminated water, and being exposed to extremely hazardous situations; that there was no access control; and that leachate was seeping into the environment.

The municipality was issued with a warning letter and, during the two years after, there was some improvement.

But in 2017, this changed and the situation deteriorated.

There were several on-site meetings and inspections in an attempt to ensure compliance. After a series of fires, the provincial government issued a compliance notice in May 2019.

There was no response to this until the end of July when the municipality filed a draft action plan.

Again, there was no implementation and “significant fires” broke out during the month of August.

The provincial department registered a criminal case in August, which is still pending.

This has persisted and continues unabated for more than 15 years ... It is unacceptable.

Judge Seegobin said: “For the most part of 2020, the municipality simply failed to comply with its own undertakings ... On July 20 2020, another fire broke out and continued until July 24. The smoke enveloped parts of the city and also resulted in the closure of the N3 freeway due to a complete lack of visibility.”

In August the municipality informed the premier of KwaZulu-Natal that the site was a high-risk facility and it could pose a serious health and environmental risk.

The judge said the municipality had no real defence to the application, apart from it was doing its best and had huge budgetary and procurement challenges.

Seegobin said the operation of a landfill site was a “highly regulated activity”, and the laws were aimed at prevention of environmental harm to ensure the health and wellbeing of ordinary citizens.

“The strong body of evidence shows an abject failure to comply [with them].

“When fires break out, when thick smoke and dust engulf the city, when schools have to be closed, when sections of the N3 have to be shut down, when citizens start complaining about their health, then there has to be something seriously wrong. It is no answer for the municipality to say it is 'trying' in circumstances when the overall evidence suggests the opposite.

“Its complaints about budgetary and procurement constraints are just not good enough ... this has persisted and continues unabated for more than 15 years ... It is unacceptable.”

In praising the commission and its legal representatives for taking up the cause, the judge said the landfill site was just one of many problems facing the city and the municipality, like so many others, had “lost touch with its citizens”, forgetting who they served.

He said the city had turned into one of “filth and grime and degradation and this has to stop”.

Political will to change, he said, was sadly lacking.