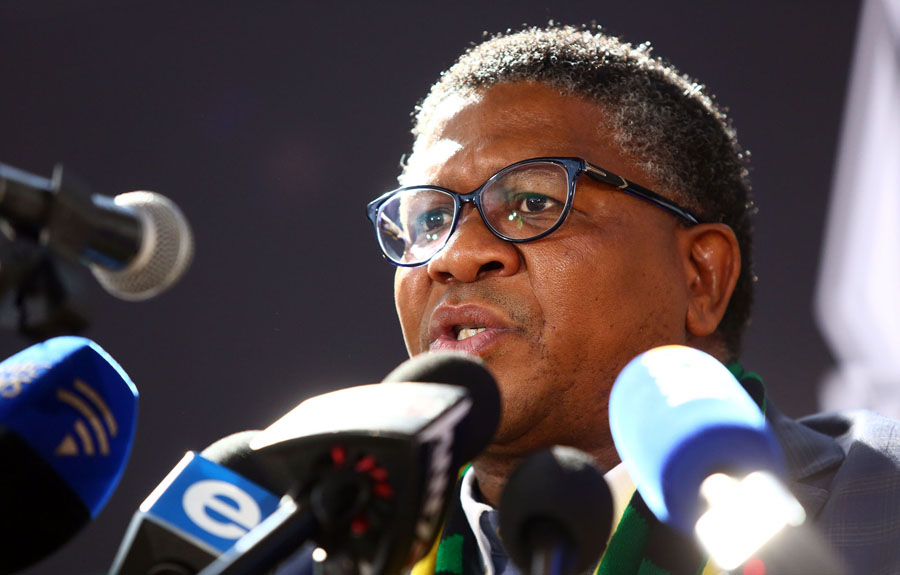 Police in the Western Cape have arrested 12 people in connection with ongoing taxi violence in the province but are yet to nab the kingpins, transport minister said Fikile Mbalula on Thursday.

Mbalula and provincial transport and public works MEC Daylin Mitchell briefed the media on developments regarding the taxi industry in the province. The industry has been embroiled in violence that has led to deaths of more than 76 people.

The minister said the industry must find an amicable solution to its issues and ensure the safety of commuters.

Here are five quotes from his address:

Negotiations were not easy

“We’re prepared to talk. We want to negotiate. As national government, we appreciate that people throw their hands in the air and say ‘don’t call us again’. The issues are not simple. They are very serious.”

“People are dying. Among taxi owners and drivers it is black on black violence. We can’t be happy when people slaughter each other in the presence of children. They’re killing young people and innocent people. We’ve got to act timeously. We have to act to preserve lives.”

“A panel has been appointed. It is about dealing with unity within the industry with a view to stopping the killings, examining what is costing lives and causing conflict and what we need to do. There is an economic problem with this industry. It is operating in the informal economy. How do we bring them to the centre?”

“The taxi industry briefed us yesterday and told us they will withdraw taxis from operating in the areas affected until the issues are resolved. Where there are no attacks, we expect taxis to operate fully.”

“There been arrests by police. About 12 people or more have been arrested with guns. I salute the police for a job well done in that regard. We need to get to the kingpins. Our jobs is to get the taxis back.”