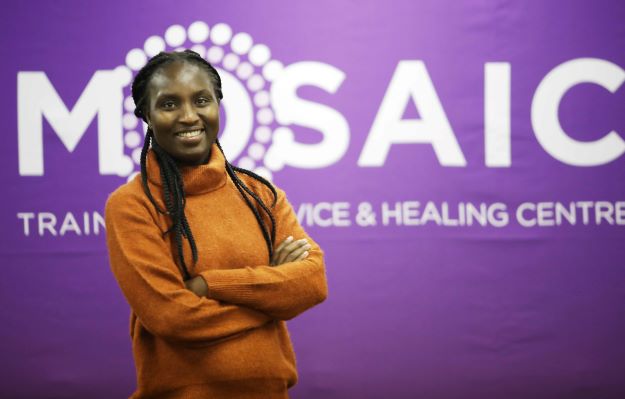 Advocate Tarisai Mchuchu is protecting the next generation while doing everything in her power to make women safe.

She could be earning thousands of rand an hour, but instead she is the executive director of Mosaic, a Cape Town organisation against gender-based violence (GBV) . It is an organisation which gets results.

For example, the Safe programme which she designed under Mosaic works by getting police, magistrates and community members to respond together with urgency and consistency to strengthen protection orders when women in danger seek help. Protection orders have repeatedly failed to stop violent partners killing women in SA.

When we looked at the lives of children in conflict with the law, there was always an adult who let them down, who brought violence in their homes

Mchuchu’s ambition to overturn the tolerance of domestic violence, and put an end it, was ignited during a visit to Pollsmoor Prison while studying law at the University of Cape Town. Then president of the Black Lawyers Student Forum, she got the chance to talk to children, including some from Khayelitsha where she grew up, awaiting trial in the juvenile section.

“To get out on bail they needed R100 or R200, which is what we would make during a waitressing shift,” she said.

“I had to do something. I went to work for Young in Prison SA,” said the razor-sharp activist who became its director.

She has been unswerving in her commitment to non-profit organisations since she graduated.

“When we looked at the lives of children in conflict with the law, there was always an adult who let them down, who brought violence in their homes. The gangs would be waiting in the wings, offering safety and brotherhood.”

This motivated her to join Resources Aimed at the Prevention of Child Abuse and Neglect, Fight for Peace International and, lately, Mosaic.

Mosaic combines the prevention of domestic violence with healing and empowerment for the survivors and, with her expertise, access to justice.  The fourth element of their programme is engaging men and boys in gender sensitisation “to really change the mindsets of men who use violence”.

The Black Management Forum chose Mchuchu as the Most Progressive Young Professional in the Western Cape in 2019.

Lockdown did not slow her down since prevention of violence was designated an essential service, and Mosaic currently reaches 28,000 beneficiaries.

The 34-year-old mother of three said: “As a mother raising children, I want society to be safe, the home to be safe, relationships to be safe. Women’s rights are children’s rights. If the adults are well, the children will be well."