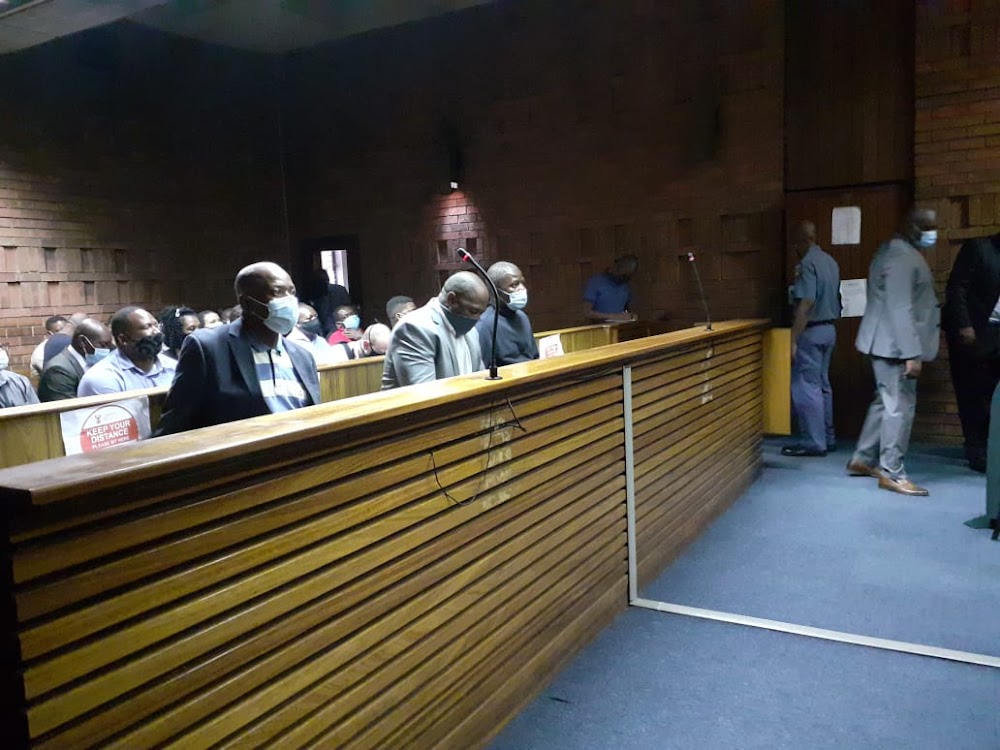 The Pretoria magistrate’s court heard on Friday that a Hawks unit commander due to appear on corruption charges had died.

This as his co-accused, suspended head of the Mpumalanga department of human settlements Kebone Masange and Mpumalanga acting director of public prosecutions Matric Luphondo, briefly appeared in the dock.

Mahanjana said the prosecutor had requested a copy of the death certificate be brought to court at the next appearance.

The three allegedly colluded to bribe a senior state advocate in the organised crime unit of the office of Gauteng director of public prosecutions Andrew Mphaga to withdraw charges faced by Masange for contravening the Immigration Act and fraud.

Masange was detained by home affairs officials and arrested by the police in 2020 for allegedly being in the country illegally and using fraudulent documents to land a top position in the department.

Luphondo allegedly handed the prosecutor an 18-year-old boxed bottle of Glenfiddich whisky worth R1,550 on March 23. Inside the box was R5,000 in cash and Luphondo allegedly implied there was more cash on offer.

During the bail application, the state alleged that on March 27, Plaatje phoned Mphaga and asked to meet at an off-ramp where R28,000 in cash was handed to the advocate.

“The prosecutor then reported the matter to his seniors as well as the police. Subsequent to further investigations, the three were arrested,” said Mahanjana.

Mahanjana said the matter was postponed to November 30.