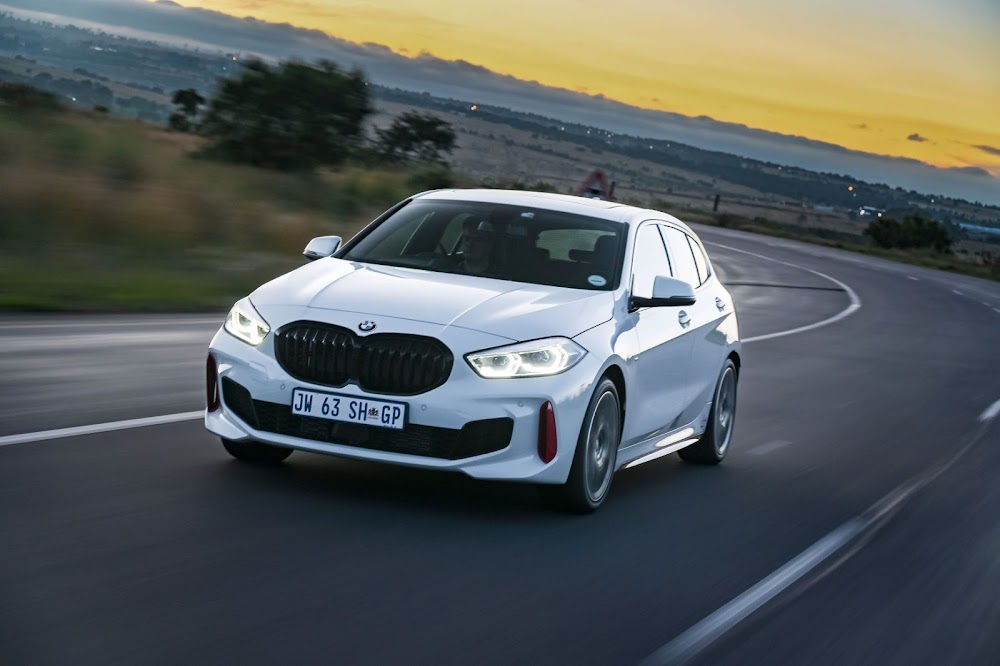 The F40 generation of the BMW 1-Series has taken some getting used to.

To say that its appearance was met with mixed reviews would be diplomatic at best. Instead of hanging onto the endearing, small-wagon-like profile of the former F20, the designers tried to emulate the Mercedes-Benz A-Class (W177) and failed, with a bulbous front-end and derivative rear cues.

The more contentious aspect of the new 1-Series was its switch to front-wheel drive. Yes, the move remedied certain pragmatic aspects, allowing for a more spacious interior configuration.

But the essence and textures that made the F20 so good to drive – particularly in M140i flavour – had been well and truly neutered.

Take heart, though, because a ray of redemption has arrived in the form of the 128ti: BMW is trying to earn back the vote of the enthusiast.

Aesthetically, it looks the same of course, save for the addition of model-specific decals, mouldings, black Shadowline trim and 18-inch alloys. In this guise, the 1-Series still puts one in mind of the hippopotamus from the film, Madagascar, albeit with a more athletic spin.

As the middle-range offering in the latest 1-Series range, slotting above the garden variety 118i and below the M135i, it plans to take the fight to long-standing members of the C-segment hot hatchback fraternity.

Right off the mark, you know that means the Volkswagen Golf GTI, whose eighth-generation incarnate is expected to land this year.

Influencers might have suspected that the lower-case “ti” part of the 128ti moniker was a clear indication of this.

But you know better and are probably quite familiar with the history of “Turismo Internazionale” in the BMW context.

First used in the 1960s, it was reserved for offerings with a sportier slant, applied to icons like the 1800 TI and 2002 TI. More recently – nearly two decades ago – the suffix was found on the Compact versions of the E46 3-Series, with the 318ti and 325ti sold locally.

Obviously, BMW will present you with a list of options, but show prudence and you could get away with a palatable final tally. That you can own a product from a premium marque for roughly the same as these more mainstream offerings is a pretty good trump card for Bavaria.

That aside, the 128ti has genuine substance in its ambition to be an authentic hot hatchback that panders to the whims of an enthusiastic driver.

For starters, because it is unencumbered by an all-wheel drive system, it weighs a full 80kg less than the M135i. It employs the same anti-roll bars and anti-roll bar mounts, as well as the braking system from its flagship counterpart. Add in a Torsen limited-slip differential, plus a suspension setup from the M Sport catalogue lowering ride height by 10mm and you have the on-paper promise of genuine dynamic credentials.

It translates into something quite characterful in the real world.

Compared to the anodyne, fast-but-forgettable nature of the Volkswagen Golf GTI, the 128ti possesses a downright lively persona.

Much of this is owed to its penchant for torque-steer: you get the sense that the engineers had no option but to fit that mechanical differential. Its 180kW and 380Nm often shows potential to excite the front axle, with a notable tendency to pull left-to-right even at higher speeds.

And it is brisk: 0-100km/h in a claimed 6.3 seconds. The launch control function managed a fine job of eliminating traction losses off the line, as the eight-speed automatic shunted power to those Bridgestone Turanza T005 tyres (225/40R18).

The choice of rubber seemed more than up to the challenge of spirited driving, even when the skies opened up on our three-hour test session. The committed drivers can specify high-performance Michelin Pilot Sport tyres as a no-cost option.

Where the 128ti does fall flat is in the acoustic department. Though the tone of the turbocharged, 2.0-litre, four-cylinder is expectedly buzzy, there is not much in the way of crackles, pops or the “phas” that many buyers want in addition to the “vrr” war-cry.

The rather animated product manager at the launch said the firm hopes the model achieves a cult following. And we think it has the potential to achieve just that, if not more. The 128ti is sufficiently endearing, with its entertaining drive, alternative appeal (for now) and relatively keen pricing.

It is the stand-out representative of the F40-generation 1-Series range.