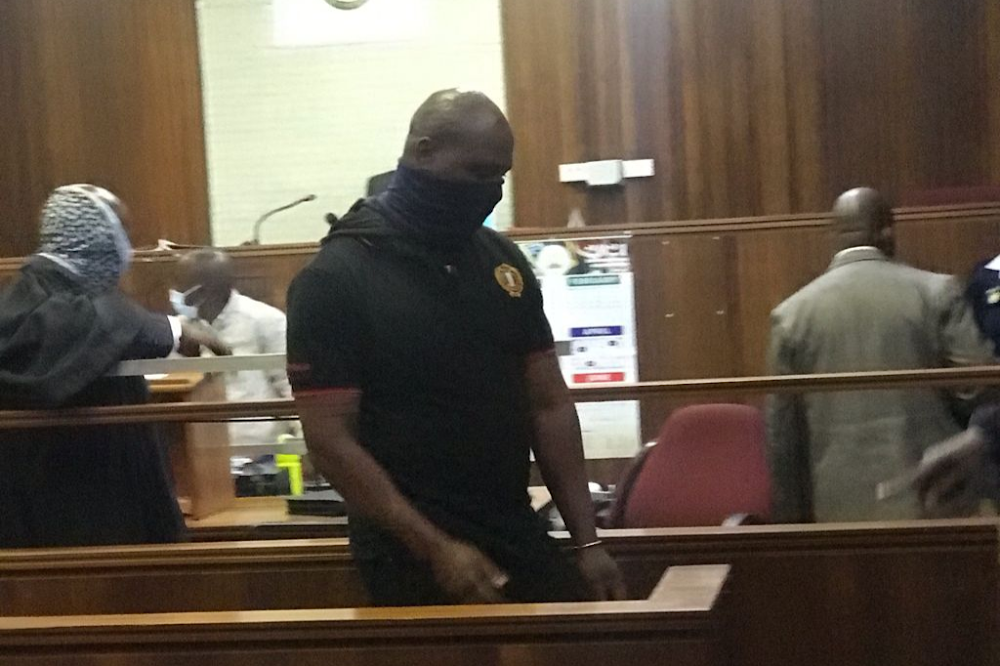 Fidelity security guard Josias Lekgoathe almost pulled off the perfect heist when he allegedly loaded R4.5m into the back of his bakkie and never returned to work.

However, the plan unravelled. He was tracked down and ultimately handed himself over to the police more than a month after the crime was committed.

The cash, however, is still missing.

The details of the cash grab were laid out in the Kempton Park magistrate's court on Friday, where Lekgoathe was denied bail because, the court ruled, the crime was serious and there was a risk he might evade trial. The case was postponed to June 29 for further investigation.

According to information provided to the court, Lekgoathe was part of a three man crew who started their daily duties with drop-offs and pickups from ATMs around Selby in Johannesburg on April 5. They returned to the company base at Edenvale with the remaining money.

According to the affidavit read in court by investigating officer Sgt Paul Radebe, the accused instructed the driver not to park directly in front of the door. The driver then knocked off around 2pm.

“At about 4.40pm the box room operator realised FNB Cresta had not yet seen him [Lekgoathe] hand in any consignment [of cash] or keys. He immediately called the control room and they informed him the vehicle did return to the base.

“The accused was seen by witnesses moving the truck from where the driver parked it to his private vehicle in the parking area. On video footage, he is seen with the AV [armoured vehicle] truck and his bakkie standing next to each other. Both vehicle doors were open parallel to each other and he can be seen moving objects from the truck to his vehicle,” reads the affidavit.

He allegedly abandoned the truck, leaving its keys in the ignition and the bag containing 27 ATM keys in the back of the truck.

When the truck was discovered, it was completely empty and contained no bags of money.

Lekgoathe left the premises and exited the main entrance without being searched, said the affidavit.

Lekgoathe disappeared from April 5 until he handed himself over to police on May 8. Several attempts were made to trace him to all his addresses. The search by police officials, family members and Fidelity investigators extended to his relatives in Limpopo, but they did not know his whereabouts.

“This is clearly a well-planned commission of crime due to the fact that he disappeared from his family too, who stated they last saw him before the Easter holidays.

“There is still an amount of R4.5m outstanding. If he is released on bail there is a strong likelihood he will dispose of the money, resulting in the investigation being jeopardised.

“No money has been recovered yet,” said the affidavit.

Through his legal representation, the court heard the accused was allegedly undergoing an initiation practice to become a sangoma.

There was a letter submitted which shows his traditional healer stating he is booked off from April 14 to May 6.

There was an issue with his addresses as he submitted an address where he no longer resides.

Lekgoathe is still in the employ of Fidelity.